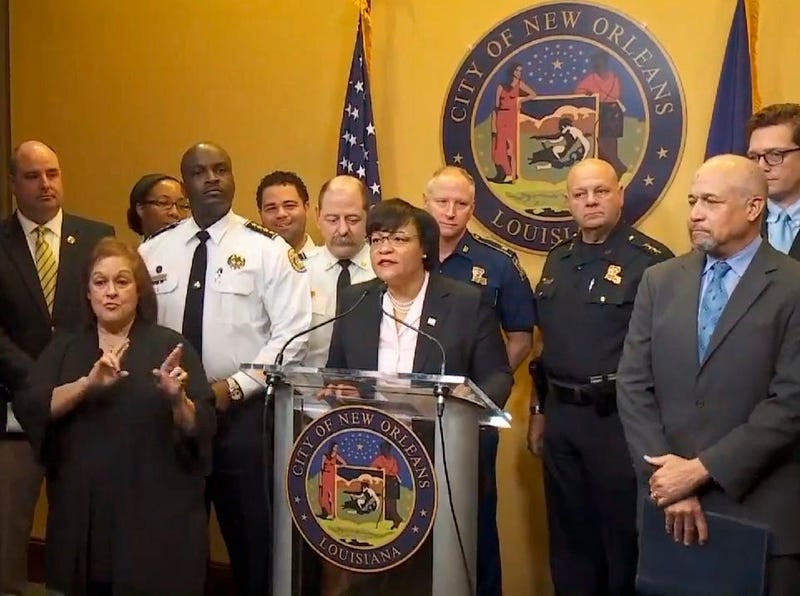 “If we remain focused on making long-term, strategic investments in public health interventions that data shows are effective; if we improve our homicide clearance rate; and if we disrupt violence through intentional and sustained community engagement efforts, I know our city’s next 50 years will involve far less gun violence than our last 50 years,” Mayor Cantrell said in the report.

While Mayor Cantrell noted that homicides in New Orleans have decreased 30 percent from last year, “One is too many.”

Mayor Cantrell pointed to the city’s high murder rate, which has topped 145 every year since 1972 – and 90 percent of murder victims were killed by firearms.

The plan aims to meaningfully reduce the number of gun-related murders over the next 50 years. The report featured three core components in its approach: