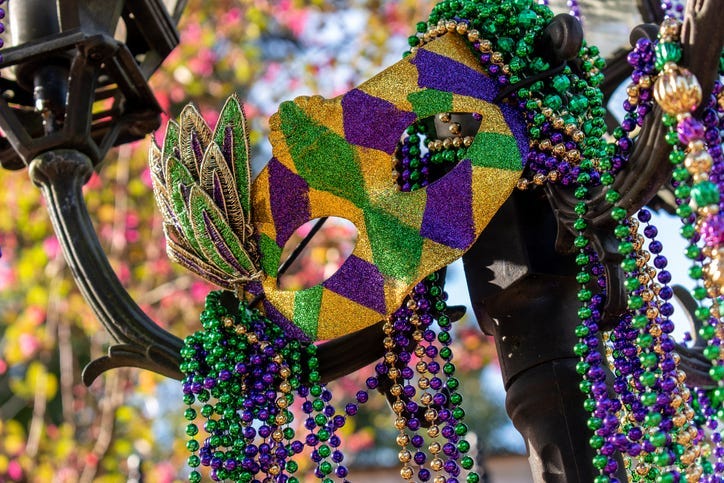 The Mayor's Mardi Gras Advisory Council, a blue-ribbon committee consisting of the Captains of New Orleans' krewes, will sit down with the City's public safety officials, including Superintendent of Police Shaun Ferguson, at 5 p.m. this afternoon.

The top issue will be public safety.

Following the deaths of two parade-goers during the Nyx and Endymion parades, and the injury of two Thoth riders in falls from floats, the meeting has a sense of urgency.

"We actually meet every year after Mardi Gras for a discussion and debrief and ways we can make Mardi Gras safer," says James Reiss, a spokesperson for Rex.  "This year's no different, but I think we have a lot more to talk about in light of the tragedies that took place."

Mardi Gras Historian Errol LaBorde says the Council has been around for quite some time, though under different names, the aim has always been the same, ensuring the safety of the participants.  But he says the actual power of the Council is limited.

"It has no legislative power, this task force isn't going to come out and cancel anything or change anything," LaBorde says.  "It's advisory power."

But that doesn't mean it can't make change happen… "I guess if you get the force of City Hall behind you, I guess it'll put a little more drive behind it."

Reiss tells WWL First News he knows the captains of the krewes are motivated for change:  "I think this meeting is going to extremely productive and I think we will fulfill our role of the Advisory Council providing advice as our individual experts on Carnival itself and finding ways to be more helpful to the Mayor especially in ways to make it safer."

LaBorde says the Council, though not having any legislative power, can implement changes on its own.

"The main thing is, if there's consensus among the captains, if all the captains agree on one thing, then you don't need any legislation," LaBorde says.  "But it'll probably be, at some point, implemented in some kind of legislation just to make it official and any action will follow from there."