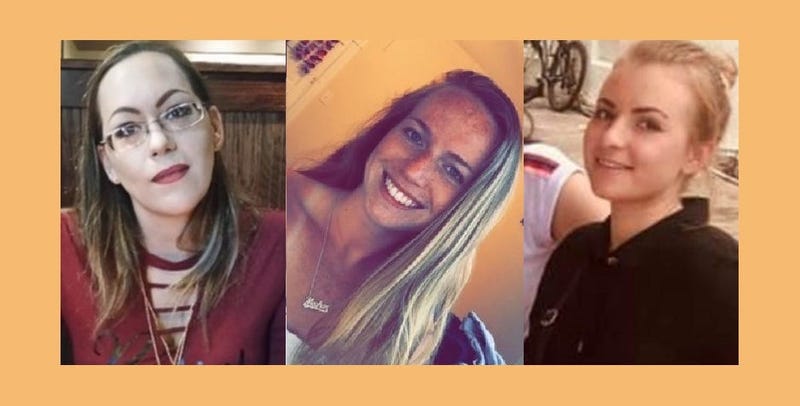 In just the last several months the three women above were all reported missing from New Orleans.  They, like many others reported missing, were never really missing.  They just had not been in contact with the people who made the reports.

Tamara Gibson (left) was reported missing in New Orleans.  Later, NOPD said she was located and was in good health. Her family reported Gibson missing after she came to New Orleans from Texas to visit a friend, but did not telephoned her husband or children in more than three days.  No details of what happened were released.

Meghan McFadden (middle) was reported missing in the French Quarter. The reporting person told police that McFadden was last seen around 4 p.m. on August 10, 2019 in the 500 block of Bourbon Street.  She was later located, alive and well.  Again no explanation was offered.

Olexandra Baiduik  (right) was reported missing after she checked out of her hotel in the 800 block of Convention Center Boulevard.  She was supposed to report to her assignment on a cruise ship at 4:00 p.m.,  but never showed up.  Police later announced she was located in good health, without further details.

In a town like New Orleans, some people may disappear -- temporarily -- caught up in a city of many temptations, says LSU Health New Orleans criminologist Dr. Peter Scharf.

"I think to err on the side of caution is the right way to do it," said Scharf. "The further you go along the timeline, the harder it is to unravel."

Scharf says the fact that people are that willing to file a missing persons report so soon means there is greater trust in police, and maybe shows there's been some change in society in general.

"The violence is down," Scharf said. "Maybe this is a piece of it. We're worrying about people more."