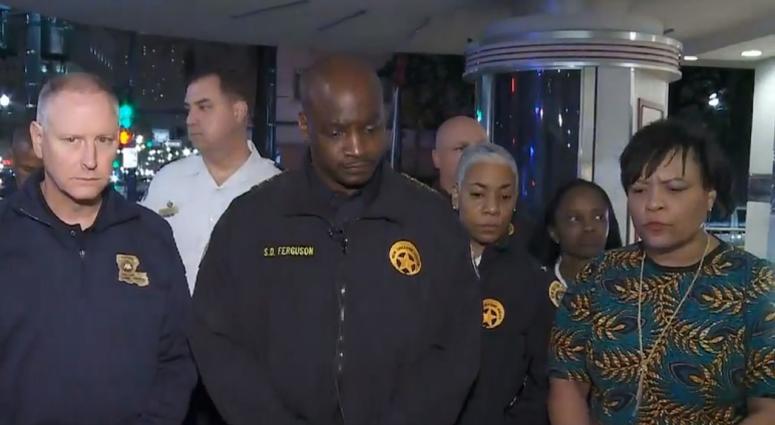 After this week's incident where a cop was shot and NOPD officers shot two suspects in an armed robbery at a CVS, much has been made of the fact that police in New Orleans have already shot suspects four times this year.

The reports prompted the police chief to release a statement.

"Our training and policies governing the use of deadly force remain among the best in the country. This is in large part due to the excellent work done by our Use of Force Review Board which meticulously dissects each incident with a focus on improving tactics and procedures," said NOPD Superintendent Shaun Ferguson. "However, no matter what we do to improve our strategies, it is unfortunate that the nature of our work sometimes forces a confrontation with those intent on harming others."

In the news release; the NOPD also states, "The facts surrounding each of these incidents clearly demonstrate our officers were left with no alternative."

It explains that officers were faced with split second decisions involving armed suspects.

In an effort to reassure the public that the NOPD is not full of gun happy cops going around shooting people for no reason, the brass also noted that they are calling on a number of other agencies to review each case.

"NOPD wishes to recognize the partnerships with our Independent Police Monitor, Federal Monitor Team and the FBI in working closely with members of our Public Integrity Bureau to ensure transparency of officer involved shooting investigations."

The release does acknowledge that the sheer number of time cops have shot suspects in the first six months of the year does represent an unusual increase.

"While the spike in shootings thus far in 2019 may seem concerning to some, we want to assure our citizens."