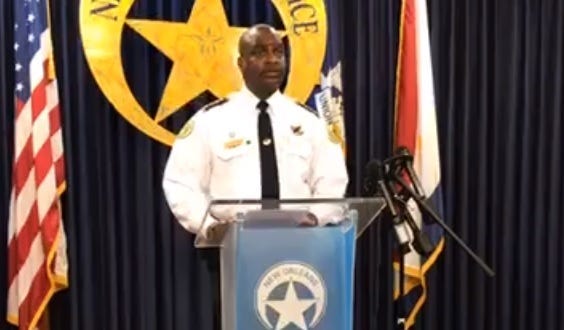 A rise in violence has the chief of New Orleans Police asking the public for help.

New Orleans Police Superintendent Shaun Ferguson says his has been a violent week.

"We cannot do this alone," said Ferguson. "We encourage, we need the community to work with us so that we can do just that: bring a safer quality of life to our citizens of New Orleans."

He urges witnesses to leave anonymous tips with Crimestoppers at 822-1111 or toll free at (877) 903-7867 (STOP). Callers to Crimestoppers do not have to leave their names and may be eligible for a cash reward.