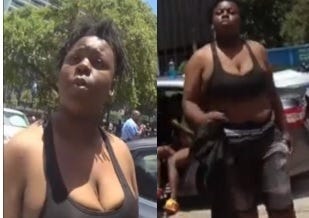 New Orleans police have some questions for Yasmeen Webb in yesterday’s shooting near a “Defund Police” rally in Duncan Plaza.

Police stress that Webb is not a wanted suspect in the shooting and is considered only a person of interest.

According to police, Webb was involved in an altercation with the victim that happened in the 300 block of Loyola Avenue in Duncan Plaza.  They say Webb was seen standing next to the perpetrator and is believed to have information regarding the investigation.

Hundreds of protesters gathered Thursday afternoon in Duncan Plaza to protest police misconduct and to hear a live stream of NOPD Superintendent Shaun Ferguson as he addressed a City Crime Committee over his officer’s using tear gas and rubber bullets on protesters who attempted to march across the Crescent City Connection.