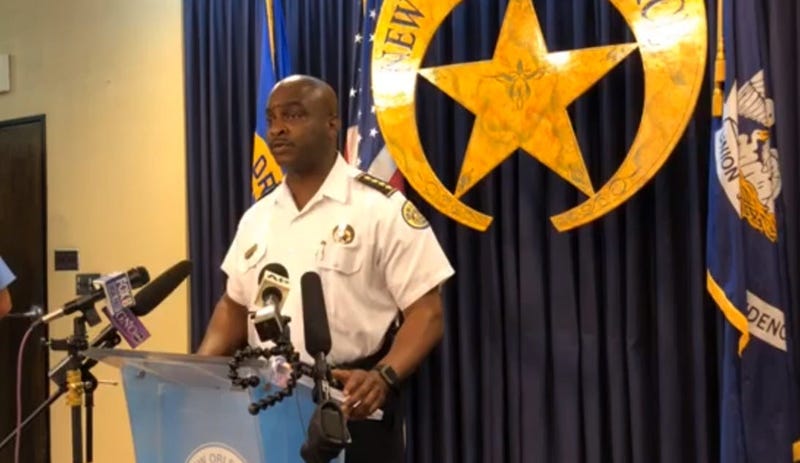 "I stand here disheartened at the actions that we had last night," NODP Chief Shaun Ferguson said.

He showed video of protesters advancing on police, pushing and shoving officers who had formed a line to prevent the marchers from crossing the Mississippi River to the Westbank.

The chief insisted that was in clear conflict with reports that his officers were not provoked.

Ferguson reiterated that peaceful protests are welcome and encouraged.

"We will not tolerate, we will not condone violent protests in the city of New Orleans."

He said they tried to stop protesters from getting on the bridge in the first place, but once they were unable to prevent that, the goal became protecting public safety and police officers.

Five people were arrested.  Ferguson says three are from New Orleans, while two are from other places.

The chief says there were up to 3,000 people on the bridge.