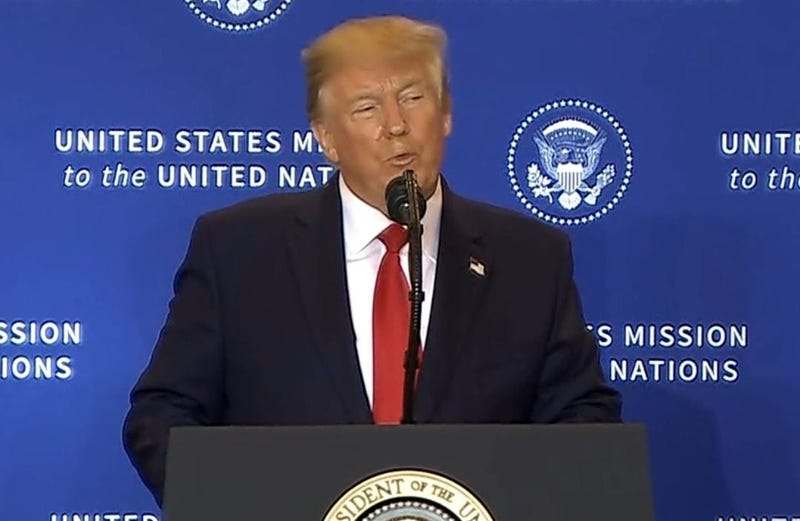 President Trump is wading in to the Louisiana Governors race.  On Tuesday the President tweet his support for Eddie Rispone and Ralph Abraham.

The President's tweet also bashed Governor John Bel Edwards rejecting the idea that he is a conservative Democrat calling him "...a Nancy Pelosi/Chuck Schumer Democrat, who does nothing but stymie all of the things we are doing to Make America Great Again. Don’t be fooled, John Bel Edwards will NEVER be for us."

REPUBLICANS of Louisiana, it is really important for you to go out and vote on October 12th for either Eddie Rispone or Ralph Abraham (both Great), which will lead to a runoff against....

According to a Times-Picayune/Advocate story the President's sons Donald Trump, Jr. and Eric Trump also piled on criticism of Governor Edwards in separate tweets over the weekend.

The tweets are meant to show Louisiana's governors race is drawing national attention as Edwards is the only Democrat in the Deep South.

This runs counter to Edwards own resistance at criticisizing the President and even touting his good working relationship and numerous meetings at the White House.

The state Republican party warned against intraparty attacks, saying it could lead to a second Edwards term. Cross says that’s a serious concern.