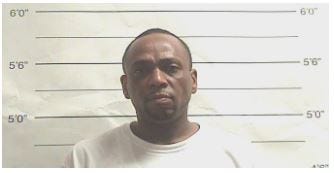 A 44-year old Arkansas man is facing first degree rape charges stemming from a March 2nd incident at a hotel in the Central Business District.  Yohon Vernon could face life in prison is convicted.

The victim, a 23-year old woman claims Vernon raped her while she was in her hotel room.  Vernon was initially charged with second degree rape, but investigators learned Vernon used a weapon, a sword sheathed inside a walking cane, during the attack.

The discover of the concealed weapon was enough for prosecutors to present a more detailed account of the alleged crime and convince the grand jury to hand up the more encharges against Vernon.

Despite facing the enhanced charge, Criminal District Judge Camille Buras decided not to increase Vernon's $100,000 bond after the indictment was read.