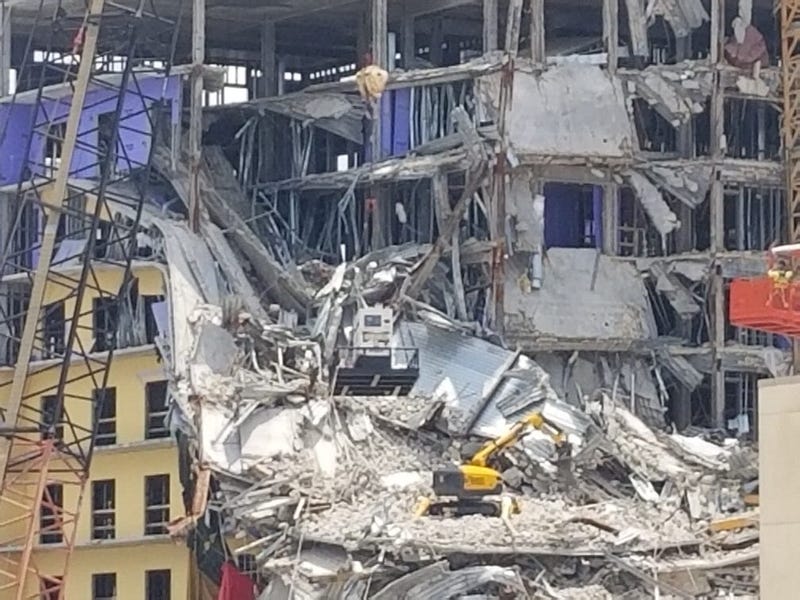 The family of deceased construction worker Quinnyon Wimberly say efforts to recover his body will be completed by the end of the week.

Speaking Thursday Frank Wimberly, Jr said contractors told his family the recovery will be made Saturday afternoon at the latest.

“We had to ask ourselves, ‘Are they ever going to get him out of there?’” Wimberly told WWL-TV.  Body recovery robots have removed much of the rubble that entombed Wimberly in recent weeks.

The Wimberly family was hopeful the remains would be taken out three weeks ago.

“This was supposed to happen in December, then January, February, then March. After that it just went silent.”

Now with renewed enthusiasm, the Wimberly family anxious waits until their fallen brother is brought out of the wreckage and returned to kin for burial and eternal rest.