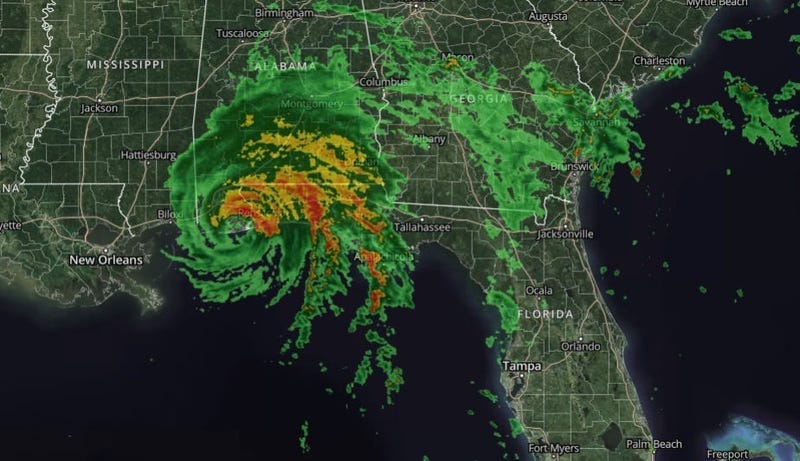 Hurricane Sally made landfall near the Florida - Alabama line as a category two storm with winds of 105 miles per hour today.

"Historic and catastrophic flooding is unfolding," according to the National Hurricane Center.

Some areas had already seen more than 22 inches of rain as the hurricane came ashore with more intense downpours, damaging winds and storm surge.

The flooding rains continue to spread inland with the slow moving hurricane.

The Hurricane Center says, "On the  forecast track, the center of Sally will move across the extreme western Florida panhandle and southeastern Alabama through early Thursday, and move over central Georgia Thursday afternoon through Thursday night."

Sally will impact Georgia and the Carolinas next.

Through this afternoon, Sally will produce additional rainfall totals of 8 to 12 inches with localized higher amounts possible along and just inland of the central Gulf Coast from west of Tallahassee, Florida to Mobile Bay, Alabama. Storm totals of 10 to 20 inches to isolated amounts of 35 inches is expected. 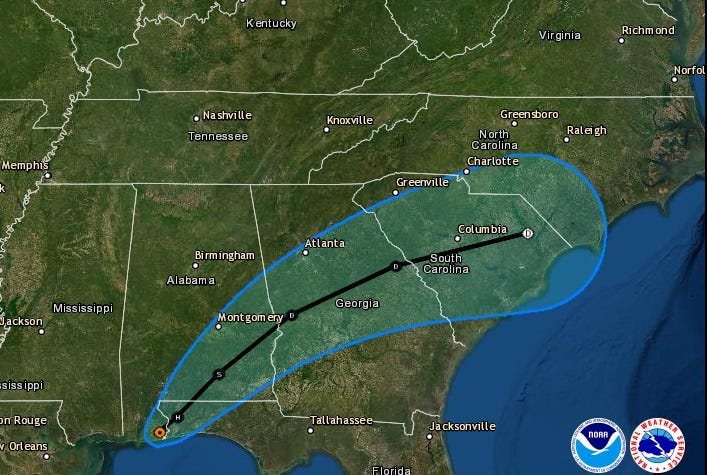