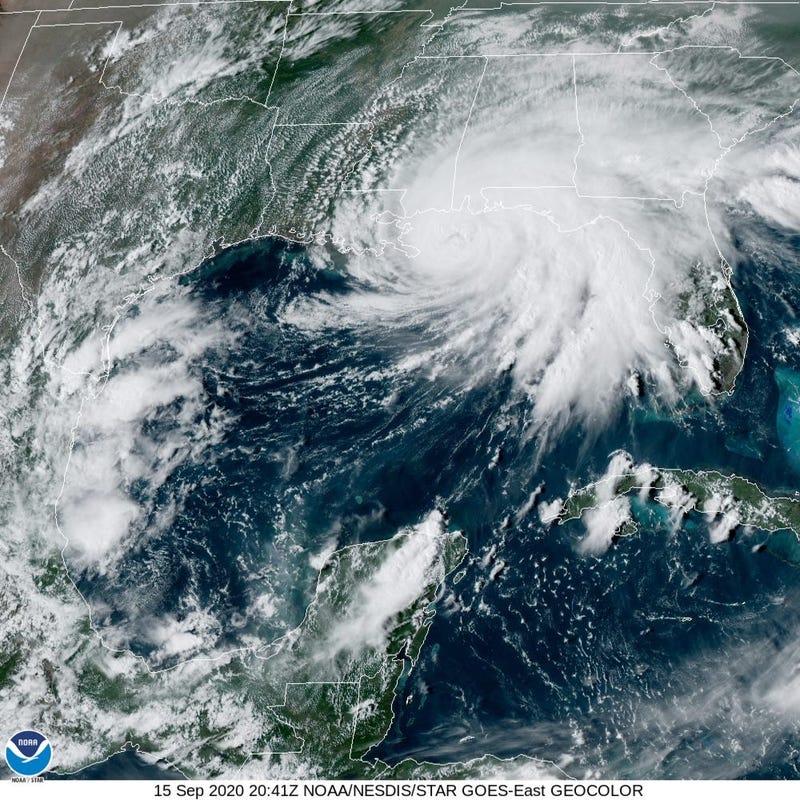 Hurricane Sally has made its turn to the north, moving at a very slow two miles per hour as of 4 p.m. Tuesday.

"A slow northward motion is expected tonight, followed by a slow north-northeastward to northeastward motion on Wednesday and Wednesday night," said National Hurricane Center forecaster Daniel Brown. "On the forecast track, the center of Sally will approach the northern Gulf  Coast tonight, and make landfall in the hurricane warning area late tonight or Wednesday."

The forecast calls for Sally to pick up forward speed Thursday as it heads northeast over the Florida Panhandle and then Georgia.

Even as the landfall threat for Louisiana has disappeared, a tropical storm warning remains in effect Grand Isle to Bay St. Louis, Mississippi. A storm surge warning is also in effect from the mouth of the Mississippi River to the Okaloosa/Walton County line in the Florida panhandle.