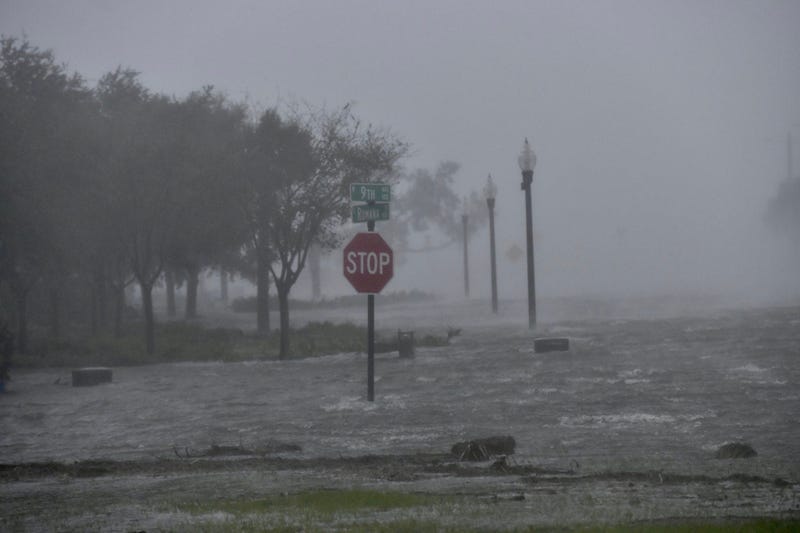 The National Hurricane Center has Sally about 15 miles north-northeast of Gulf Shores Alabama and about 25 miles west-southwest of Pensacola Florida. The storm is hammering the coast with 100 mph winds and creeping its way inland at only 3 mph.

Heavy rain shred its way across the coastal island, sinking a few boats left docked in the marina and toppling trees onto roadways and homes.

This makes me nauseous, Dauphin Island is getting hit so hard rn.. pic.twitter.com/8jOp241AZK

All boats left behind at the Duaphin Island Marina have been sunk. #ALwx #Sally pic.twitter.com/FvUckTp5Pg

Looks like #HurricaneSally left some souvenirs for us on Dauphin Island pic.twitter.com/iHdbzuhNro

There was a dead-calm stillness in the air as the eye passes over Gulf Shores Alabama after Sally showered the area.

Sally pushes water in to homes and neighborhoods in the Pensacola Bay area in Florida.

7:00 AM UPDATE !! Water surge is still rising and yet still a slow moving storm , tons of rain just slashing across the Pensacola Bay Here is a few shots I was able to get this morning ! South side video #Sally #pensacolabeach #Pensacola #FLwx #Florida #weather #WeatherUpdate pic.twitter.com/5Wl68shWiW