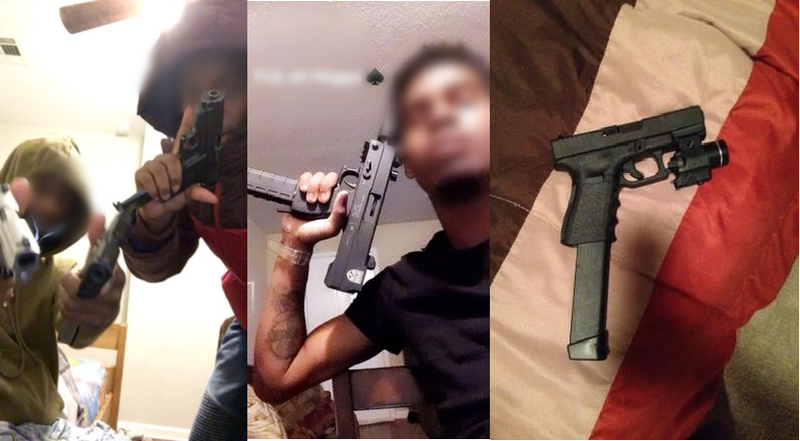 Slidell police say they have arrested five teenagers from New Orleans after they allegedly broke into two gun stores in St Tammany and stole several firearms. They say the teens then led police on a high-speed chase across the I-10 Twin Span as they were fleeing back into Orleans Parish.

This all happened at about 3:00 a.m. Monday morning.

A Slidell police media release says, “Slidell Police responded to a burglar alarm at Paulie’s Pistols (3805 Pontchartrain Drive) and discovered the glass front door was shattered. Officers discovered a suspicious red Mercedes sedan in the area and attempted a traffic stop. The driver of the vehicle led officers on a high-speed chase across the I-10 Twin Span Bridge and into New Orleans. A Slidell Police officer, who was waiting at the foot of the bridge, deployed spike strips and successfully ended the pursuit. The suspects are also believed to have burglarized another gun store in Covington, earlier in the morning. That incident is being investigated by the St. Tammany Parish Sheriff’s Office.”

They say during the chase the suspects began throwing several guns out of the car’s window. Investigators later discovered those guns tossed onto the I-10, were stolen from a gun range earlier this month.

Slidell police say they, along with the ATF, have been investigating a string of gun store burglaries over the past two months.

“I’ve said it time and time again, and my stance hasn’t changed,” said Slidell Police Chief Randy Fandal.  “If you come to the Northshore to commit a crime, you will be caught. I will not stand for it, nor will our citizens. We work hard to keep a safe community, and we aren’t going to allow these teenagers to come and plague our city. My message to anyone thinking about preying on our community is this…we will not stop at the parish or state line. We will pursue you until you are apprehended.”

All five teenagers will be booked into the Florida Parishes Juvenile Detention Center in Covington, on several burglary and possession of stolen firearms charges.