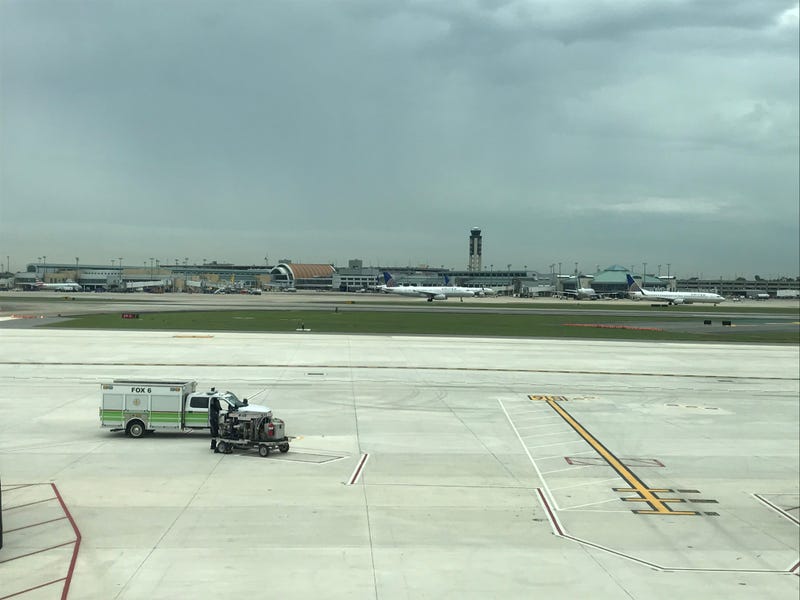 Today travelers, state and local officials, and the city of New Orleans say goodbye to the old airport terminal on Airline Drive, on the eve of the grand opening the new, billion-dollar terminal just south of I-10. While passengers and planes arrive and depart from that new terminal, the old one will still be there, at least for a little while.

There's been talk of tearing down some of the older sections of the airport, like the long-dormant concourse A, as Concourses B and C. Real estate analyst Wade Ragas says it could be an opportunity to expand air cargo, especially with that area right off Airline Drive.

"Most major airports, particularly in southern cities, have a large express mail and aviation freight facility and we don't have the integrated yet.," said real estate analyst Wade Ragas.

Ragas said adding air cargo capacity so close to Airline Drive could be very attractive: "That connects right to the interstate after you cross into St. Charles Parish."

Ragas said that way, trucks that carry the cargo out can avoid passenger traffic headed to the new airport.

"It's able to handle a lot of traffic," Ragas said of where Airline meet I-310. "It's a big interchange."

The newer gates at Concourse D may stay and help handle passengers at the growing airport. Ragas speculates their days serving regularly scheduled passengers may not be over.

"The possibility would exist not just for charter service, but some type of scheduled service, particularly more international service," said Ragas.

Airport officials say the last flights out of the old terminal are a pair of Southwest Airlines flights: flight 449, set to leave at 9:15 tonight for Houston-Hobby, and flight 933, also scheduled to leave at 9:15 p.m. for Tampa. Arrivals scheduled for after 8:00 p.m. tonight, with the exception of Southwest flights 449, 933, and 397, are being brought to the new terminal.