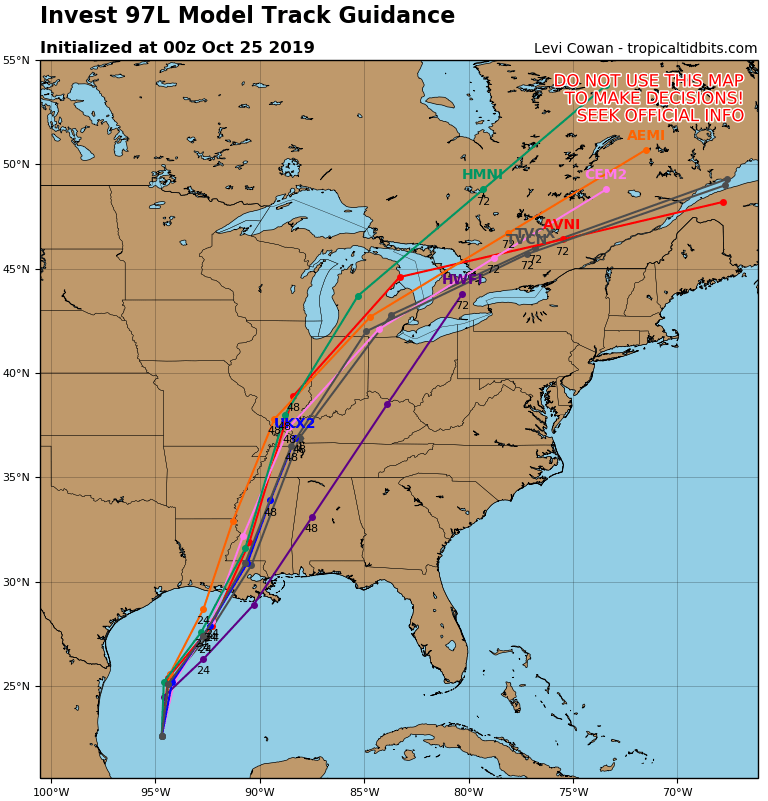 A system of low pressure in the Gulf is working its way into Louisiana, bringing a lot of moisture into our area.

The tropical moisture is expected to increase Friday as an upper trough taps into the developing system and forces that rainfall over us in advance of a cold front.

The system currently has a 70% chance of formation into a tropical depression, maybe becoming a named Tropical Storm. Regardless of development, the disturbance does look to ride along the cold front, giving us a wet Friday. There should be some breaks in the rain, but coverage looks to be around 100%.

The National Weather Service has placed the entire metro area under a Flash Flood Watch until Saturday afternoon. 2-4" of rainfall accumulation is possible.

Heavy rain will be in the area regardless of development.

Invest 97 is now a broad area of low pressure over the southern Bay of Campeche. It will move to the northwest and then north into the western Gulf of Mexico.