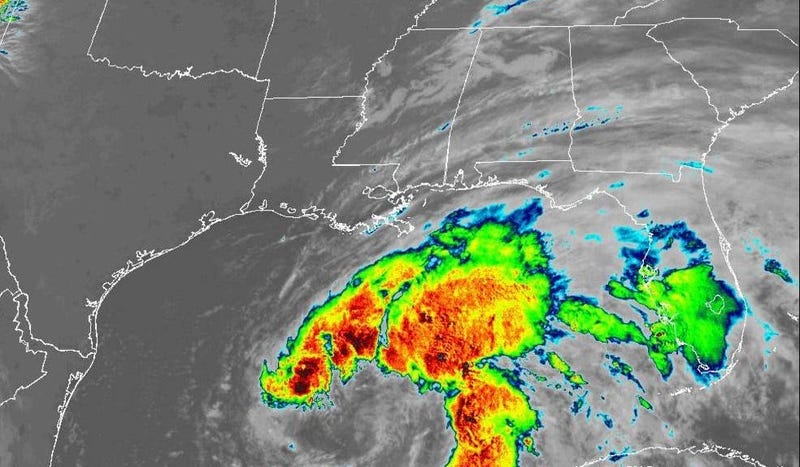 Federal forecasters, however, say that Cristobal doesn't look like a typical tropical storm.

"Satellite imagery this morning shows that Cristobal does not have a  classic tropical cyclone structure."

They says that is due to wind shear and dry air over the Gulf.

It is pushing the rain around the center well off to the north and east.

The system continues moving to the north.

"This motion should take the center of the storm across the Louisiana coast by Sunday night."

Top winds are forecast to be about 60mph at landfall.