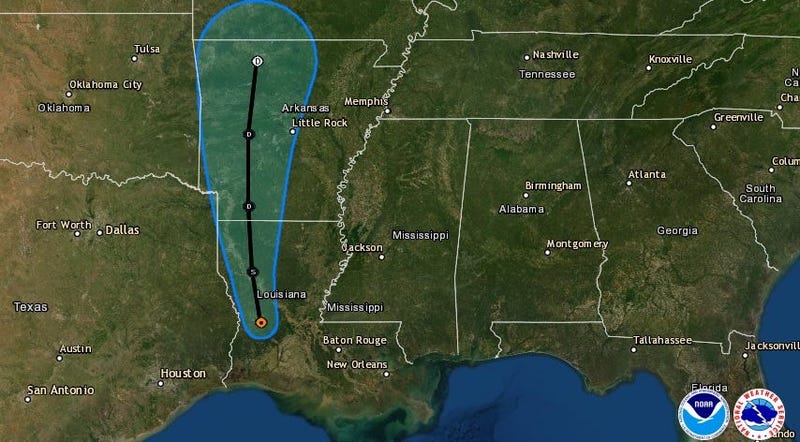 The Tropical Storm Warning from east of Morgan City to Grand Isle, including Lake Pontchartrain, Lake Maurepas, and metropolitan New Orleans has been lifted.

According to the latest advisory from the National Hurricane Center...

* All Storm Warnings and Storm Surge warnings and watches have been lifted for Southeast Louisiana.

* Barry continues to move slowly northward, some 85 miles south-southeast of Shreveport now...with winds of just 40 miles an hour..moving north at 9 mph. Barry is getting closer to being downgraded back to a Tropical Depression.

* This general motion is expected to continue through Monday.  On the forecast track, the center of Barry will move across the western and northern portions of Louisiana today, and over Arkansas tonight and Monday.

* Flooding remains the primary threat from Barry, though tropical-storm-force winds extend outward up to 175 miles mainly over water to the southeast of the center. The flood threat will continue, partly because of the slow movement of the storm.