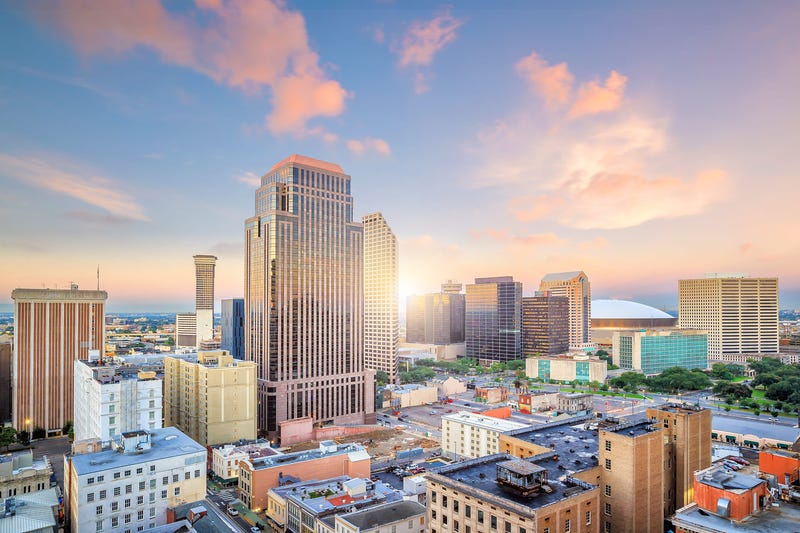 The Warwick Hotel has sat abandoned and alone since Hurricane Katrina.

The 154 room hotel, with its 1950s-era modernist architecture, opened in 1952.  It fit well with New Orleans' modernist City Hall which rose from the other side of Duncan Plaza seven years later.

The Warwick doesn't have the history or cultural significance as the Jung Hotel, but its location, across from City Hall and across the Loyola Avenue from the Holiday Inn, made it a niche for business travellers over the years.

Now 15-years after it was shuttered, the Warwick is being given a chance at a second life.

Tulane University has signed a lease on Warwick.

Earlier estimates said the project could cost upwards of $60-million dollars to renove the structure.

The university will house graduate students, doctors, researchers, faculty who are tied into Tulane's nearby Medical School.

The Warwick is the first as Tulane expands its Medical School and takes residency at the refurbished Charity Hospital.

The Warwick and Charity projects are prime opportunities to exponentially expand the university’s size and research mission, while also bolstering the creation of a robust research and commercialization ecosystem in the heart of the city,” Tulane President Mike Fitts said in a news release.

The new Warwick will feature a restaurant, coffee-shop, patio space, and lounge seating.  Renovations on the Warwick will get started this month and be ready for occupancy in August 2021.