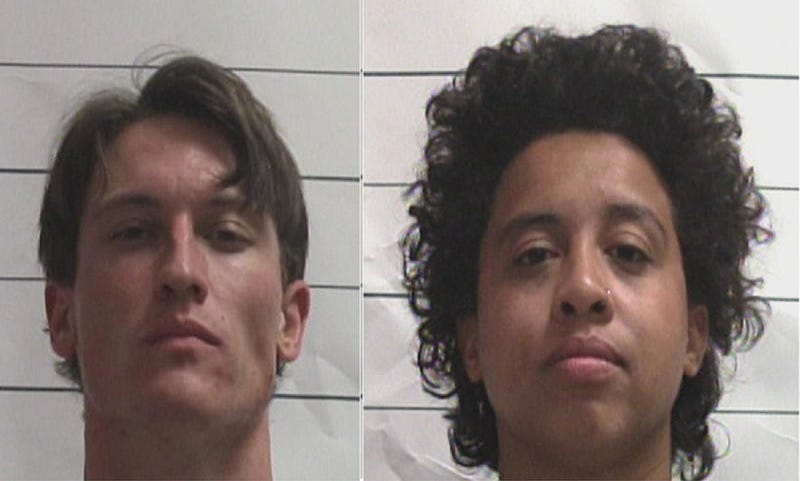 A statue of public schools pioneer John McDonogh paid the price for his once owning slaves on Saturday.

The statue was unceremoniously hauled off its perch in Duncan Plaza, taken the Mississippi River and thrown into the channel.

NOPD officers have arrested two individuals and are currently seeking a person of interest in connection with a statue that was vandalized in Duncan Plaza.

Caleb Wassell and Michaela Davis were identified as the subjects who transported the statue in a pick up to the river at Decatur Street.

The subjects were apprehended and taken into custody.

Wassell was booked with theft, possession of stolen goods, inciting a felony and inciting a riot.

Davis was booked with principal to theft, inciting a felony, battery on a police officer, resisting an officer and possession of marijuana.

The suspect has a husky build with a low groomed bush styled haircut and is approximately 6’0” tall.