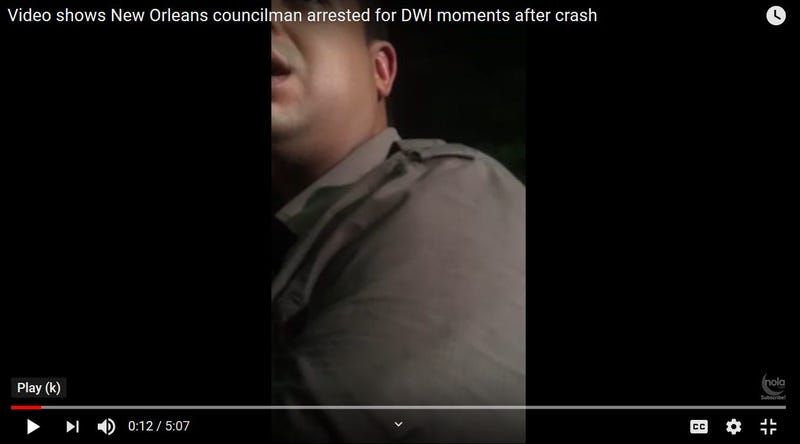 A resident shared the video with NOLA.com.

WARNING: The below video includes language some may find offensive

It shows the aftermath of the crash in which Brossett allegedly lost control of his city owned vehicle in the 2400 block of Elysian Fields Avenue off the I-10.

He can be heard on the video saying, "We are trying to resolve the issue."

The man shooting the video says repeatedly that Brossett appears to be drunk.

A witness told NOLA.com that Brossett crossed the neutral ground before hitting the other vehicle.

The other driver could be seen on the ground, his condition was not clear.