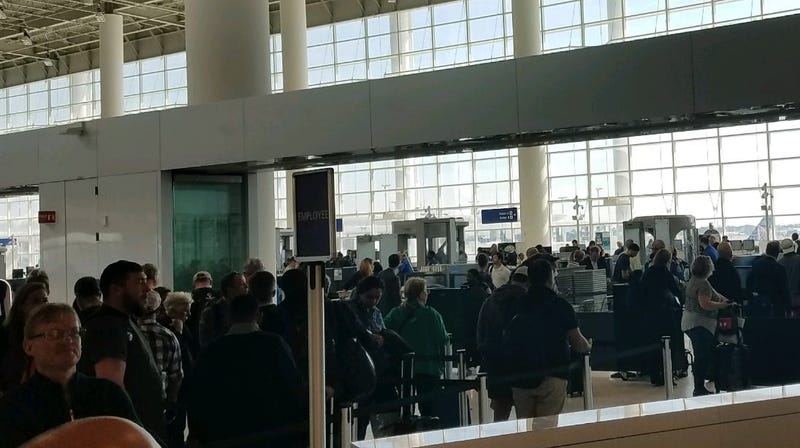 A record number of travelers are expected to pass through the nations airports later this month and early next month.

The Transportation Security Administration (TSA) is expecting to screen 26.8 million passengers between November 22 and December 4 due to the Thanksgiving holiday.

This record number of passengers is a four percent increase from 2018.

After complaints of long waits at the security checkpoint at the new terminal at New Orleans Armstrong International Airport, will the new facility be overwhelmed?

Kevin Dolliole is the Director of Aviation for the New Orleans Aviation Board. He said in an email that they are getting closer to having the security checkpoint fully operational.

"TSA completed the installation of 12 out of 15 screening lanes, and expects to have all 15 lanes installed by the end of the week," he explained.

Dolliole said the complaints have been exaggerated.

"As you know, we now have a single consolidated checkpoint. While the queuing area may appear to be full because all passengers are now funneling through a single checkpoint, the lines are continuously moving." He says claims about extreme wait times last weekend are unfounded.

"Despite contrary reports on Sunday, TSA has reported that wait times did not exceed 45 minutes during that peak period and that almost all were through security in 30 minutes or less."

The Aviation Director admits things need to get better, and says they soon will.

"Although these times are not optimal, they will improve once all 15 lanes are functioning. During non-peak periods, TSA’s average wait times remain comparable to what we saw in the former terminal. The Airport is monitoring checkpoint wait times, and will coordinate with TSA as appropriate."