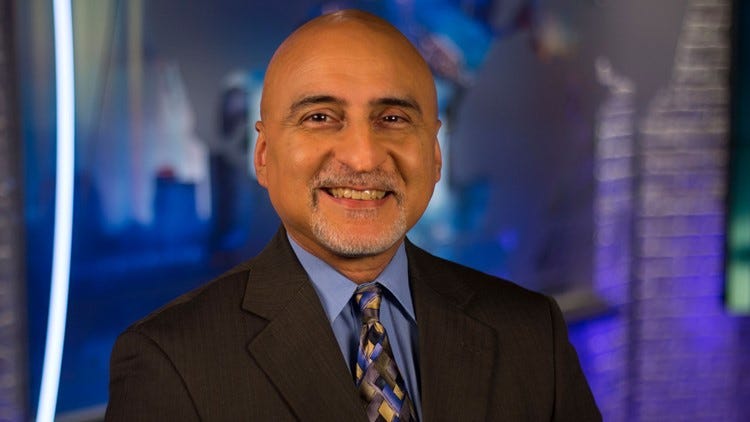 WWL-TV today announced Chief Meteorologist Carl Arredondo will retire next week. The 28-year veteran of the Eyewitness News team said he his eyesight is failing due to a condition known as Retinitis Pigmentosa, a deterioration of cells in the retina.

His last day on the air will be Friday, March 1.

Carl came to New Orleans in 1991 to work for WWL-TV after a stint at The Weather Channel. He became chief meteorologist when Dave Barnes retired in 1997.

For that 28 years, Carl covered everything from routine sunny forecasts to severe weather and several hurricanes, including Hurricane Katrina in 2005.

Carl says he is looking forward to working for the Louisiana Lighthouse for the Blind, where he also serves as a board member.

Next week, WWL-TV will air an interview with Carl and how he is facing this challenge.