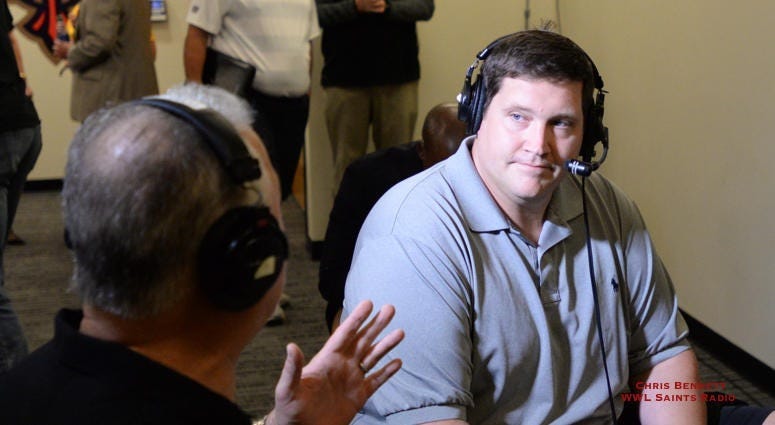 It will be an eerie sight when the New Orleans Saints play their season opener against Tampa Bay in an empty arena on September 13th.

Voice of the Saints and former Saints lineman, Zach Strief says the NFL will have to make some drastic changes to the playing field to cover up all those empty seats.

“The hardest thing to me about football is, if you put two football teams in the Superdome and leave the place empty, and don’t do anything to cover up the stands, man it is going to look so awkward,” said Strief. “Honestly, to me, you almost need a partition blocking the stands from view."

He says the empty arena will have a negative impact on the players, the broadcasters, and the viewers at home.

“Its going to feel awkward and I think it will effect guys negatively,” said Strief. “It wil certainly look awkward on broadcast and quite honestly, it will sound awkward on our broadcast, because the Dome’s acoustics will be very different with no people inside.”

Strief says he can see teams holding team practices in the empty arena to get the players more familiar with playing in an empty arena.

“As a player what you try your best to do is create a sense of familiarity from practice to games and there is nothing familiar feeling about being in a stadium that holds 70,000 people that has 400 folks in it,” said Strief.