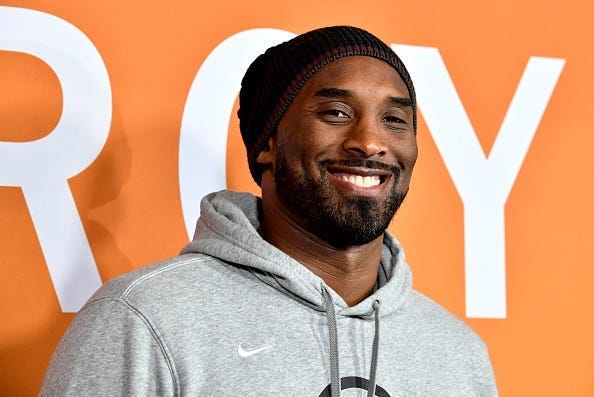 The nation is mourning the death of NBA legend Kobe Bryant, who was killed along with his daughter and seven others in a helicopter crash.

Despite the horrific news the Pelicans defeated the Celtics yesterday.  After the game, rookie Zion Williamson reflected on Kobe’s legacy.

“Kobe meant a lot to me growing up, I had both jerseys growing up, and I feel like I studied his footwork game because I respected it. He’s top two of all time, it’s tough man,” says Williamson.

Forward Brandon Ingram was traded to New Orleans from LA over the summer.  Ingram was given Kobe’s locker as the heir apparent to the scoring machine’s Laker legacy.  Ingram was visibly upset.

“Especially when one of our legends passes away like that it makes everyone wake up in the world and be more appreciative of the people that we have around us,” says Ingram.

LSU QB Joe Burrow weighed in on social media and said he remembered watching Bryant with his dad and modeled much of his approach to football on the star’s legendary work ethic.

Pelicans coach Alvin Gentry says it was tough for the team to get prepared mentally for the game, and even after blowing out one of the best teams in the league, it was hard to really enjoy the win.

“You just realize that what we do is not very important really when you think about the grand scheme of things in life,” says Gentry.

LSU Star and Lakers legend Shaquille O’Neil, who won three titles with Kobe, had a brief comment to the media saying words can’t describe what he’s going through right now.

i'm listening
I'm Listening: How To Deal With Mental Health When Your Parents Don't Understand
sports
David Ortiz Reveals He Had COVID-19: 'This Is No Joke'
news
WATCH: Ducklings Scamper Single File in ‘Quacktastic’ March Outside Police Station
music
'Elf' Star James Caan Reveals Why There Has Never Been a Sequel to the Christmas Classic
news
‘It Looked Like a Chicken Breast’: Man Finds Brain on Beach
i'm listening
I'm Listening: Dr. Michael Lindsay Sees an Increase in Childhood Anxiety During COVID and Social Unrest