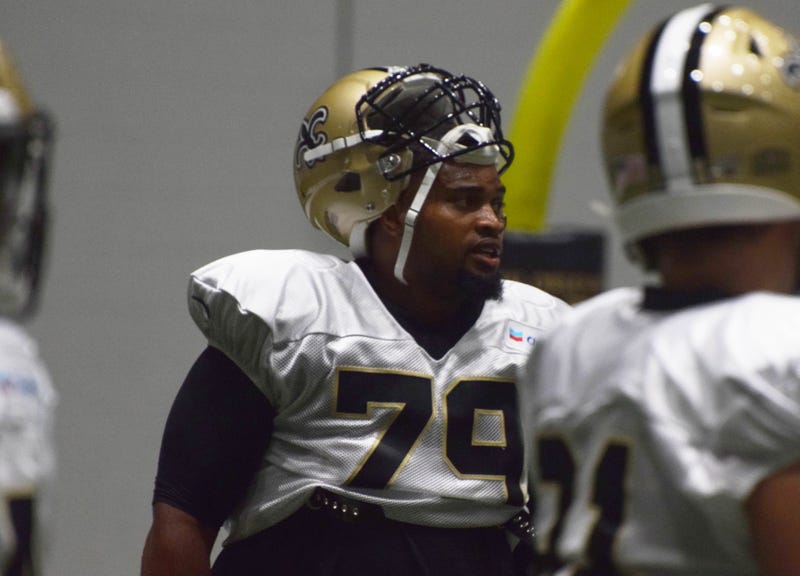 Chris Clark had some other NFL opportunities before he signed with the Saints this weekend. But the New Orleans native turned them down hoping he’d get a call from his hometown franchise.

“Three teams called me and I didn’t want to go,” Clark said. “I just keep training and kept pushing and hoping that the call (from the Saints) would come.”

That call came Saturday as the offensive lineman and his family were preparing for his mother’s 60th birthday party.

Two days later he was in uniform and on the practice field as the Saints filled roster spots created by wide receiver Rishard Matthews’ retirement and offensive lineman Ulrick John’s move to injured reserve.

“I kept faith that the Saints would call me,” said Clark who’d been working out in Houston. “I honestly wanted to come here.”

Clark grew up a Saints fan and he joked that his allegiance to the team put him in a predicament last season when he played for New Orleans’ division rival the Carolina Panthers.

The former McDonogh 35 standout started 13 games for Carolina last season and played in 77.4 percent of the teams offensive snaps.

Saints coach Sean Payton said the 33-year-old’s playing experience was one of the reason the team wanted to bring him on board.

“He's experienced. He's someone that has played,” Payton said. ”He's a guy that can come in right away without as much of a transition maybe as some others.”

Clark said his main goal now is just to get up to speed with Saints offense.

sports
Joel Embiid on LeBron's flagrant: 'if it was me, I would have probably been ejected'
1thing
5 tips to maintain zero-waste goals during the pandemic
sports
Texans working on contract to make David Culley head coach: report
news
Man, mail carriers stole stimulus checks to convert into cash: Feds
news
Bastian the dog can 'talk' to his owner using more than 50 words
music
Morgan Freeman offering to prank call your friends for charity