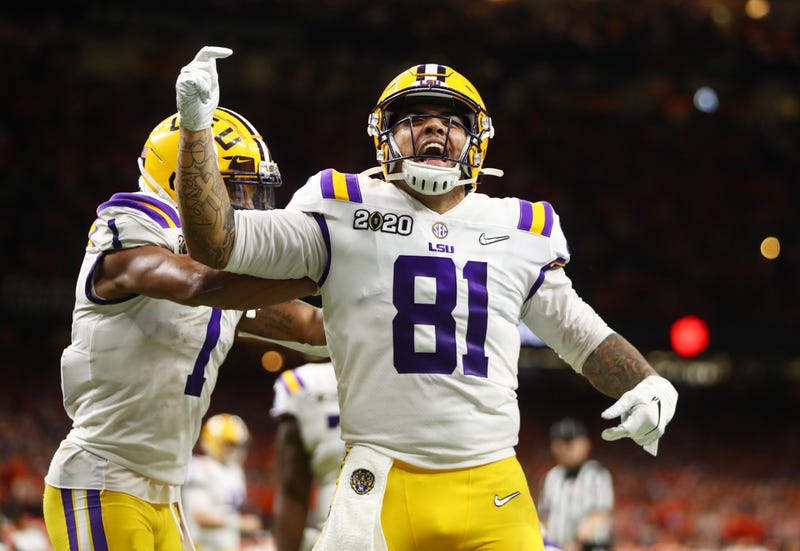 The No. 1 Tigers capped their historic season with a 42-25 win over No. 3 Clemson Monday night in the College Football Playoff National Championship Game to capture the program’s first national title since 2007.

LSU’s Heisman Trophy winning quarterback, Joe Burrow, threw five touchdown passes and rushed for another as he helped his team overcome a slow start and pull away from the Tigers of South Carolina.

In the process, Burrow set the record for most touchdown passes in a single season with 60. He threw two to tight end Thad Moss, one to receiver Terrace Marshall Jr. and a pair to Biletnikoff award winner Ja’Marr Chase, who broke the SEC record for receiving touchdowns in a single as he tallied 20.

Chase also had his third 200-plus yard receiving effort as he totaled 221 yards.

music
Meghan Markle reveals she had a miscarriage: 'I tried to imagine how we'd heal'
news
VIDEO: Mysterious monolith found in remote Utah desert
news
Will essential workers get earlier access to COVID vaccines?
music
Vote now for RADIO.COM Artist of the Year
music
Pete Davidson to star in revamped version of ‘It’s a Wonderful Life’
news
What does a safe classroom look like?