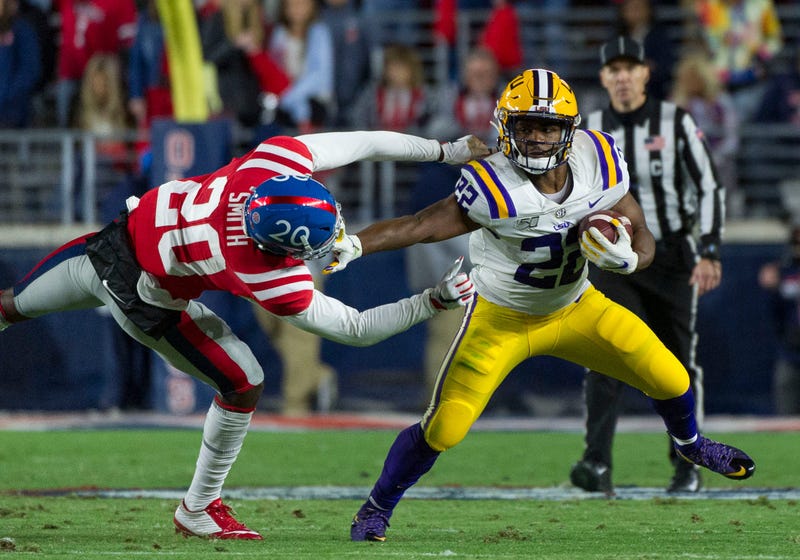 LSU picked up its 10th win of the year Saturday night as the No. 1 Tigers defeated Ole Miss 58-37.

Joe Burrow finished with a career-high 489 yards and five touchdowns as he helped guide LSU’s offense to 714 total yards, the most the Tigers put up since a matchup against Rice in 1977.

With his total against the Rebels, Burrow broke Rohan Davey’s single-season record of 3,347 passing yards.

Chase also became the first LSU receiver to tally over 1,000 yards receiving in a single season since 2013 when Jarvis Landry and Odell Beckham Jr. both accomplished the feat.

Justin Jefferson also reached a 1,000 yards this season with nine catches for 112 yards and two touchdowns.

Clyde Edwards-Helaire continued his string of impressive games as he rushed for 172 yards and a touchdown.

LSU returns to Baton Rouge next weekend to host the Arkansas Razorbacks.

sports
Joel Embiid on LeBron's flagrant: 'if it was me, I would have probably been ejected'
1thing
5 tips to maintain zero-waste goals during the pandemic
sports
Texans working on contract to make David Culley head coach: report
news
Man, mail carriers stole stimulus checks to convert into cash: Feds
news
Bastian the dog can 'talk' to his owner using more than 50 words
music
Morgan Freeman offering to prank call your friends for charity