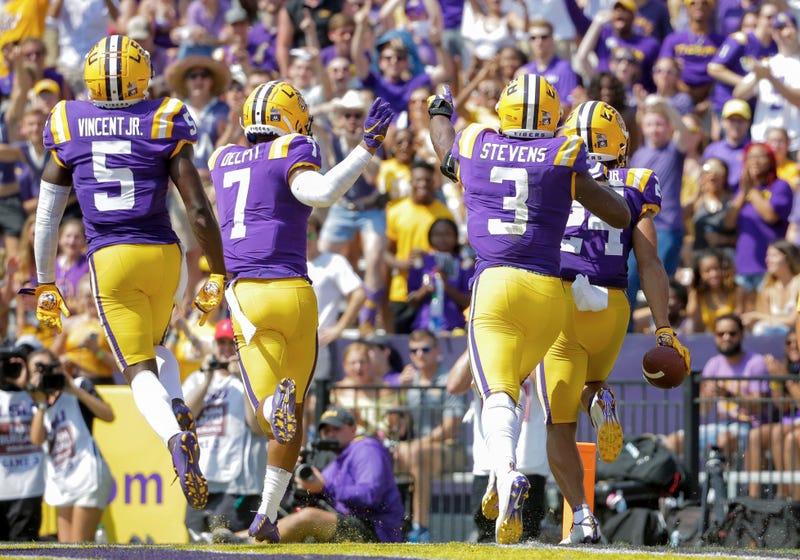 Ed Orgeron said earlier this week that one of the things the Tigers worked on during the off week was improving the play of their defense.

That hard work showed as the Tigers (5-0) limited the high-powered Utah State offense to just 159 yards and six points in a 42-6 win Saturday morning at Tiger Stadium.

LSU got another sharp performance from quarterback Joe Burrow who posted 344 yards and five passing touchdowns to go with 42 yards rushing and a touchdown.

LSU also rushed for a season-high 248 yards against Utah State, with Burrow, Clyde Edwards-Helaire, Tyrion Davis-Price and John Emery all rushing for at least 40 yards.

LSU’s offense has been potent all season but the Tigers defense turned in one of its outings Saturday morning as they stifled the Aggies, who average 38.5 points per game, and their talented quarterback.

LSU allowed Utah State to pick up just 19 yards on the ground and kept Love, who was completing nearly 65 percent of his passes, to just 130 yards and three touchdowns.

Derek Stingley Jr., Kary Vincent Jr. and Grant Delpit each had interceptions in the game.

The Tigers now turn their attention to a big SEC matchup against Florida next Saturday at 8 p.m. in Tiger Stadium.