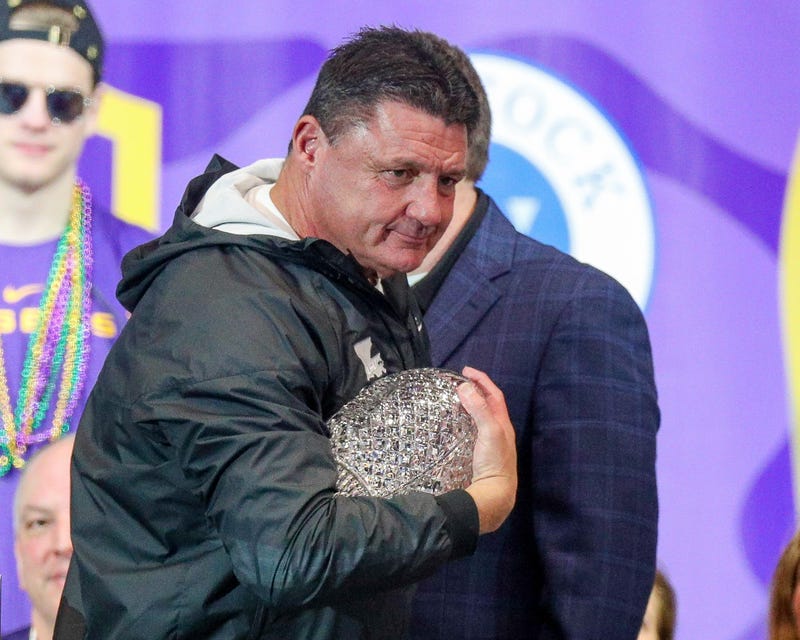 LSU is set to kick off its Spring football practices Saturday and head coach Ed Orgeron said he’s very excited about the newest members of the Tigers’ coaching staff.

Oregon said Pelini has already made an impression on LSU's players and staff and that he likes what longtime NFL coach Linehan has brought to the Tigers' offense.

“Scott lineman has been phenomenal,” Orgeron said. “He brings a lot of expertise, him and Steve (Ensminger) have been working very well.”

“I think eventually Kevin is going to be a head coach and be a phenomenal coach,” he said.

“I think that Kevin brings a presence and he backs it up by his work ethic,” Orgeron said.

He said that work ethic was on display recently when he and Faulk went to Lafayette to visit a high school.

“The coaches get there about 7:30 a.m. so I told him ‘Kevin, I’m going to meet you there,’” Orgeron said. “Well I left early to beat the traffic over the bridge. So I pulled up to the school at 6:30 a.m. and there was one car in parking lot — Kevin Faulk's.”

LSU opens Spring practice Saturday and will close the series of workouts with a spring scrimmage April 18 at Southern's Mumford Stadium.