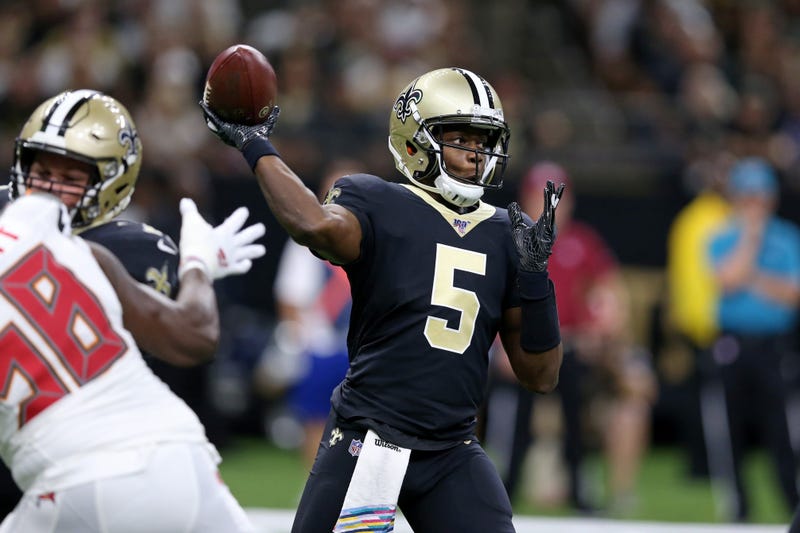 And for good reason. Teddy Bridgewater, the Saints backup who was pressed into the starting lineup after an injury to starter Drew Brees, threw for a career-high four touchdown passes as the New Orleans Saints beat the Tampa Bay Buccaneers 31-24 Sunday in the Mercedes-Benz Superdome.

Bridgewater is now 3-0 when starting for the Saints this season.

Bridgewater competed 26 of his 34 passes for a season high 314 yards with Michael Thomas hauling in 11 passes for 182 yards and two scores as the Saints moved to 4-1 on the year.

Marcus Davenport had two while Cam Jordan, Malcolm Brown, Sheldon Rankins and Carl Granderson each got to Winston once.