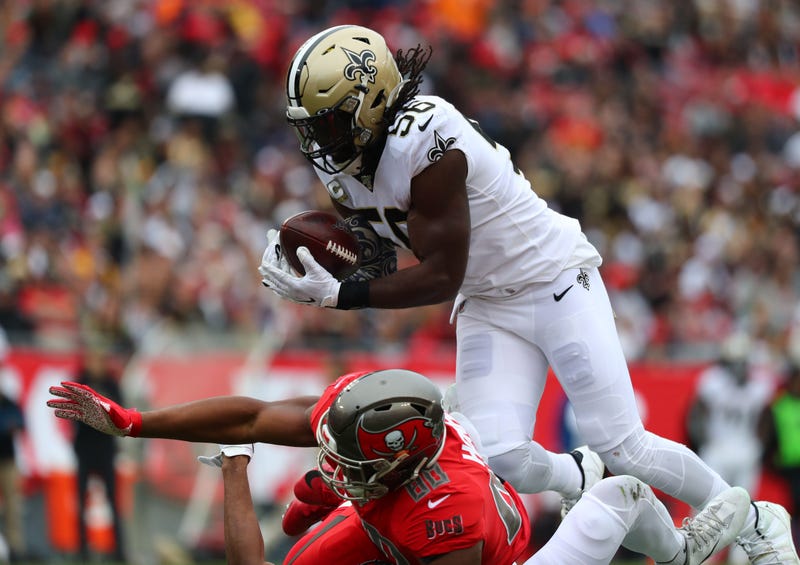 The New Orleans Saints bounced back from last week’s loss to the Atlanta Falcons with an impressive performance against the Tampa Bay Buccaneers.

Demario Davis, Vonn Bell, P.J. Williams and Marcus Williams all logged interceptions as the Saints moved to 8-2 on the season.

New Orleans’ offense also had a better outing this week after being held to just three field goals in its prior game.

Quarterback Drew Brees threw three touchdown passes to go along with his 228 yards.

Michael Thomas lead all receivers with 114 yards and a touchdown on eight receptions.