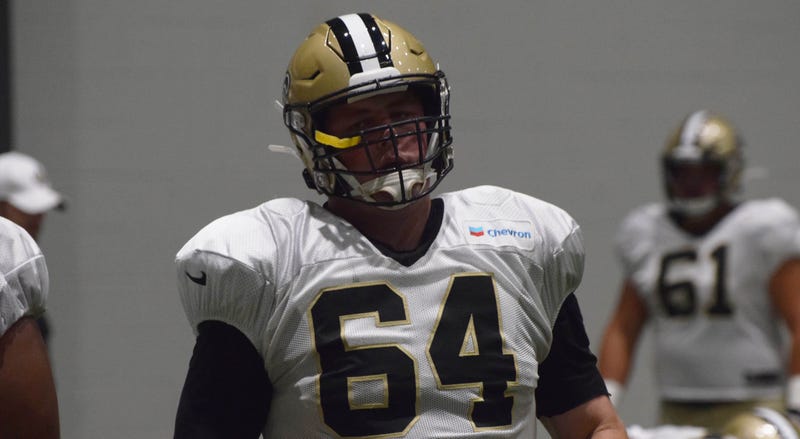 The Saints will reportedly be without Andrus Peat Sunday when they face the Tampa Bay Buccaneers at noon.

"Every season, you're going to have guys that go down for a period of time, you hope not too long and you have to have guys step up and fill in and do the job and I'm confident with the guys we have to do that,” Brees said.

One of those candidates to step up is former LSU offensive lineman Will Clapp.

Clapp, in his second year with the Saints, stepped in at guard after Peat left Sunday’s loss to the Atlanta Falcons with an arm injury in the second quarter.

The 6-foot-5, 311-pound lineman played a season and career-high 48 offensive snaps filling in for Peat. He played in just 118 total snaps last year but has seen a significant increase in playing time as he serves as the Saints’ jumbo tight end in some situations.

Part of his boost in usage this season comes from the work he put in the offseason. Saints coach Sean Payton identified Clapp as a player who had a good training camp.

With Peat likely set to miss some time, Clapp could be in line to see much more time in the lineup. However, he said he still plans to “prepare for everything” and that his approach won’t change even If there’s a chance he could start.

“That’s how I go at it every week,” he said. “This is how you’ve got to prepare. This is the NFL. One snap can change everything.”