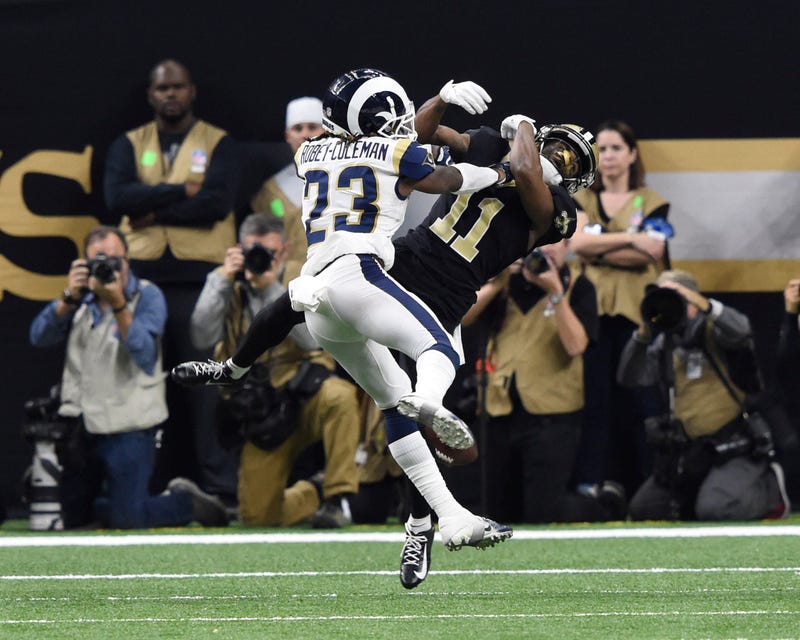 A caller to the show today insisted that the L.A. Rams should have wanted the penalties called in the NFC Title game that were not flagged near the end of regulation.

The listener named Chris said the Rams coach should have demanded the flag be thrown even though that would have most likely kept his team from winning.

"You know, there was a time in sports that there was something called good sportsmanship," Chris stated.

He went on to say that the owner of the Rams should have advocated to have the game replayed from the point of the no-call with the penalty being called.

Chris felt the Rams should have said, "We don't want to win this way."

I asked him if it were the Saints who got away with the same penalties and got into the Super Bowl, would he feel the same way. He said he would.

Another said, "This guy is spot on. Sportsmanship is history. What are we teaching our children?"

"This is completely what Drew Brees stands for," insisted another.

But, there were plenty who strongly disagreed.

"No owner in their right mind would ask the NFL to reverse a no call that favored their team. Their fan base would go nuts!" one said.

Another texted, "Stop it right now. You know good and well if the shoe was on the other foot not a one of you would give it back. I'd be laughing my way all the way to Atlanta and another Lombardi."

"Your last caller is living in a fantasy land," someone else chimed in.

Then there was this text, "Chris is apparently off his meds. Please call family members to ck on him."

The sad truth is that in this society of situational ethics and plausible justifiability; it doesn't feel like honor, integrity, sportsmanship and right vs. wrong are overriding concerns.

Here are some of the other responses people texted...