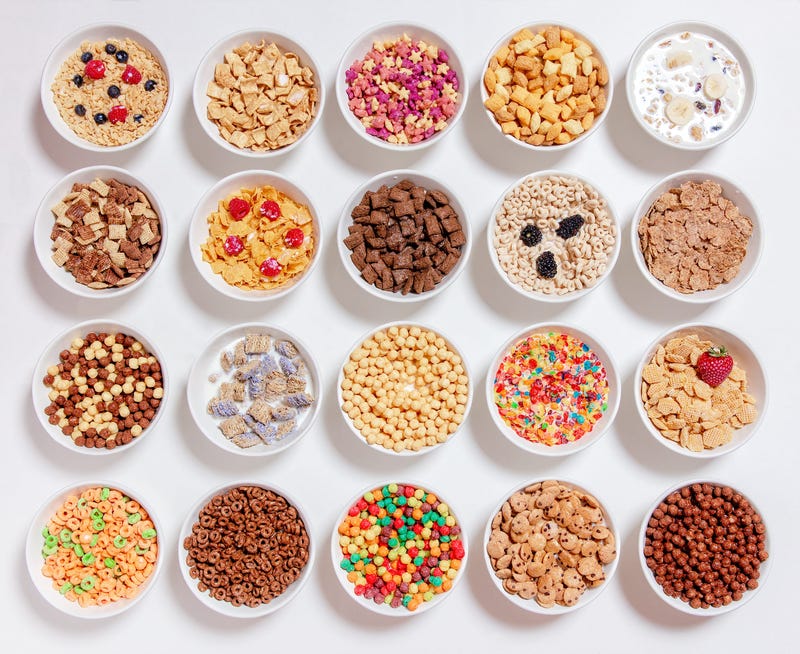 During my recent vacation to Orlando, I went to buy some breakfast food for the condo.  I ended up with five boxes of cereal in addition to eggs, sausage and the like.

Everyone in my family wanted a different kind of cereal.

We had Raisin Nut Bran (my favorite), Churros (essentially Cinnamon Toast Crunch), Fruity Pebbles, Frosted Lucky Charms and one other I can't remember.

As a kid we ate almost exclusively Cheerios... plain old Cheerios.  One in a while we were allowed to have Honey Nut Cheerios.

It inspired me to ask listeners today about their favorite cereal.  The variety of answers explains why cereal gets its own aisle in most stores.