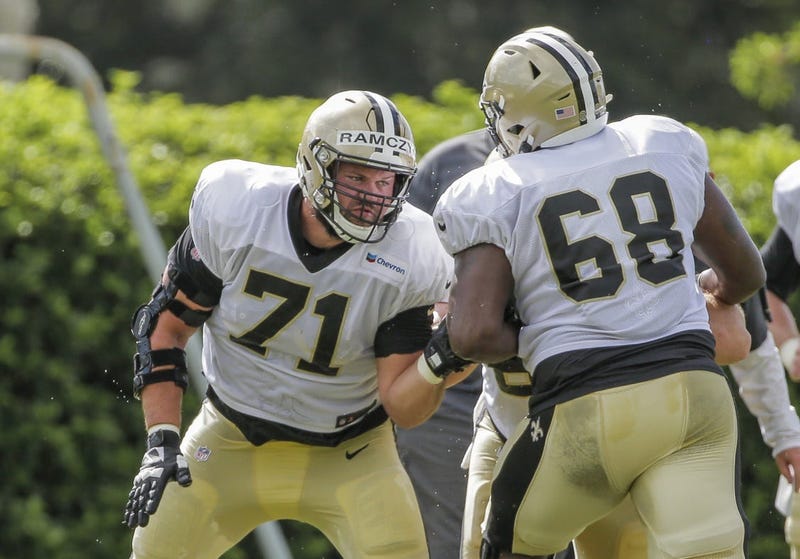 Two NFL All-Pro players matched up in training camp...sounds fun, right?  Well, it’s beyond fun to watch defensive end Cam Jordan and right tackle Ryan Ramczyk square off in practice.  Sure, you watch carefully to see who beats whom play in and play out. But, it’s even more thrilling to anticipate who gets the overall edge throughout camp?  By my count, the battle of the Black & Gold gladiators is about 50-50 between the reps Ramczyk won and Jordan won.  The benefits of two All-Pro players competing against each other is a win for all involved says Saints play by play analyst Zach Strief, “It makes such a big difference to have two excellent players like that...competing against each other and push one another.  Those guys have been fun to watch throughout camp.”What do the players themselves gain from these matchups every day?  “You are much more prepared for real games practicing against a player of that caliber,” said Strief. “It forces you to remain focused and stay sharp.   In camp you get tired and because of that you might take a rep off, but when you’re facing those two guys you can’t do that,” explained Strief.  Ramczyk might be the best right tackle in football, and Jordan is a seasoned vet with skins on the wall.   What a luxury to have those two not only on your roster, but competing against each other in training camp.   The lessons they learn every day they battle advances their individual games, but also schools their teammates.