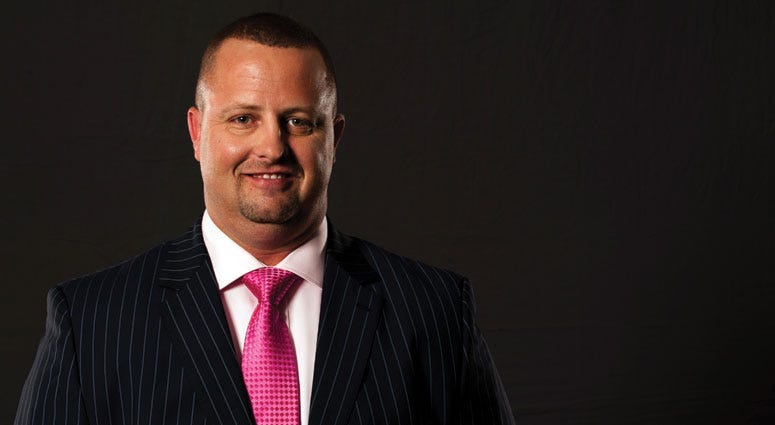 First it was the Pelicans and Zion Williamson.  The talented but obnoxious commentator Colin Cowherd shouted that if he were Zion, he would go back to Duke or not go to New Orleans.

He trashed the Pelicans organization based on a premise the Pelicans were poorly run, which he was right prior to David Griffin’s arrival in the front office.

Look, I like Cowherd as a colleague; but as an ambassador to New Orleans, not so much.  Cowherd put New Orleans in his sights again this week.   Saying the Saints will take a dive this year.

“The Herd” was impassioned about this take.  It came after former Saints running back Mark Ingram said, “The Saints will never get over the no call.”

To a degree that is true.

What he’s saying is that the players will always remember that they were robbed of a Super Bowl.   That is what Ingram was saying, but Colin Cowherd doesn’t know the Who Dat Nation.  Our team and our fan base have, and will, overcome.

Truly moving past it is something the Saints have already done.   Cowherd proceeded on his radio show to highlight some obvious but valid subtractions from the Saints last year.

“Max Unger and Mark Ingram are gone,” he said.  Ok, you’re right Colin, those are irrefutable facts.  The Herd goes on and says, “The Saints are crashing hard.”

Cowherd pointed out he was right last year in predicting the Vikings and Jaguars would crash and, truth be told, they certainly did.   He, however, doesn’t point out that the Jaguars had Blake Bortles at quarterback and an injured Leonard Fournette.  Colin also fails to point out, in the case with Minnesota not making the playoffs, that the offense was imbalanced and had a new signal caller in Kirk Cousins.

Ya see Colin, the Saints have a hall of famer in Drew Brees.  Next?

“The Saints want to win now and they’re paying Michael Thomas now money… It’s a good contract and I would have paid every penny of it.” @ColinCowherd reacts to Michael Thomas signing a 5-year/$100M extension pic.twitter.com/6bGCpoS2Uz

He went through his list of why he thinks the Saints are crashing.

“A: They’re still fuming over a loss that happened last year.”

Uh, news flash, Colin, the Saints have only talked about the “no call” when asked.  Furthermore, Sean Payton said the other day, during his press conference that the team has moved on and is focused to play this season.  What Colin ignores is that the Saints experienced a heartbreaking loss the year before in the Minnesota Miracle.

“B: Drew Brees at the end of last year looked old and tired.”

Did he?  Cowherd failed to point out the injuries the Saints were dealing with at that point in the season.  Left tackle Terron Armstead, didn’t’ play for the final six games; coinciding with the dip in production from Brees.  Oh by the way, center Max Unger, was dealing with various injuries that ultimately caused him to retire at season’s end.  Larry Warford had a back injury that forced him to miss practice at times during the final handful of games.   Nah, the Herd didn’t mention that.  Shocker?  No, normal coming from someone who doesn’t know this city, its fan base or the team.

“C: The first four games are the toughest in the NFL.”

Come on! It’s the NFL! They’re all tough!  Plus, just how good are the Rams going to be?  I have questions about that.  Colin doesn’t talk about the questions facing the Texans, Rams, Seahawks and Cowboys.  I’ll point them out.  Do you think Deshaun Watson is legit at QB and ready to make a leap in year three?  I don’t know for sure.

I know for sure about Brees.

Are the Rams over the Super Bowl loss?  Is Todd Gurley truly healthy?  Are the Seahawks a team that overachieved last year?  Are the Cowboys going to have Zeke (who is holding out) by week 4?  I digress……

Ok, Unger was valuable. The Saints will be ok there.  It hurts, but not insurmountable.   Mark Ingram will be missed, but let’s not get it twisted. Ingram is not Emmit Smith.  Mike Thomas’ hold out is now over.

The bottom line is this:  Cowherd is a rabble rouser! A left wing elitist that likes to make noise until someone claps back at him.   He’s trashed New Orleans before and will do it again.  He comes up with uninformed takes because he doesn’t go to practice, talk to the players or talk to coach Payton regularly.  He doesn’t have any intimate knowledge of the team.  He has an overarching opinion from a galaxy far, far away.  I like Colin, heck I’ve been on his show, but he’s got a weak take on this one.

I go back to Jacksonville and Minnesota, where Colin Cowherd said he predicted their demise.  Doug Marone is a fine coach, but he’s no Sean Payton.  Mike Zimmer is an outstanding coach, but not better than Payton.

Collin goes onto say on his show, “New Orleans is a party town, and someone stole their party, and they’re pissed.  They haven’t forgotten. They’re holding a grudge.  You can’t see straight in the fog of a grudge.”

You know what? I agree 100%. However, he’s formulating that take off of how fans might feel.   He’s right that as fans we’re pissed! As the Who Dat Nation, we’re frustrated.  We haven’t forgotten, nor will we forget. Yet, just like hurricanes and floods, we move on!  We get better, not bitter.

The herd is silly to think that Drew Brees and Sean Payton are still thinking about the “no call” as they prepare for 2019 in training camp.  Another weak take by The Herd.

The Herd’s take is really about the lawsuit that an attorney has filed, and a judge is allowing to move forward.  In which case commissioner Roger Goodell and three officials from the NFC title game could be deposed.

Colin, come on man! Wake up! Sean Payton didn’t file the lawsuit.  Drew Brees isn’t thinking about that lawsuit.  For the record, I think the lawsuit is silly. Nothing will come of it, nothing more than a publicity stunt.

One particularly flawed point of the Herd’s argument is when he said, “You are Jacksonville. You are Minnesota.  Your quarterback is old, your schedule is brutal.  You’re still holding a grudge.   You can’t see straight.  Saints, you’re the Vikings and the Jags.”

Cowherd doubled down on his take.  “Put it down. Go to Vegas. Bet the under.”

Let’s revisit this in January or February, Colin, because I think you are going to be wrong.   I’ve covered this team for ten years.  I’m very fortunate to have seen the good.  I’ve had to report the bad and the ugly.  Like many of these players, I’ve been on the road when my child was less than 24 hours old.  Sometimes it makes you numb to the sport.  Sometimes it makes you fight for the sport, the integrity of it, and the men who coach and play every day.  This team fights, and I’m willing to stand up and fight for the integrity and gumption of the team I’ve watched develop in the most recent past.  There are no brown paper bags in our near future.  Fear not, Who Dat Nation, the “no call” has become exactly that.  New season, new team, new chance.  WHO DAT!