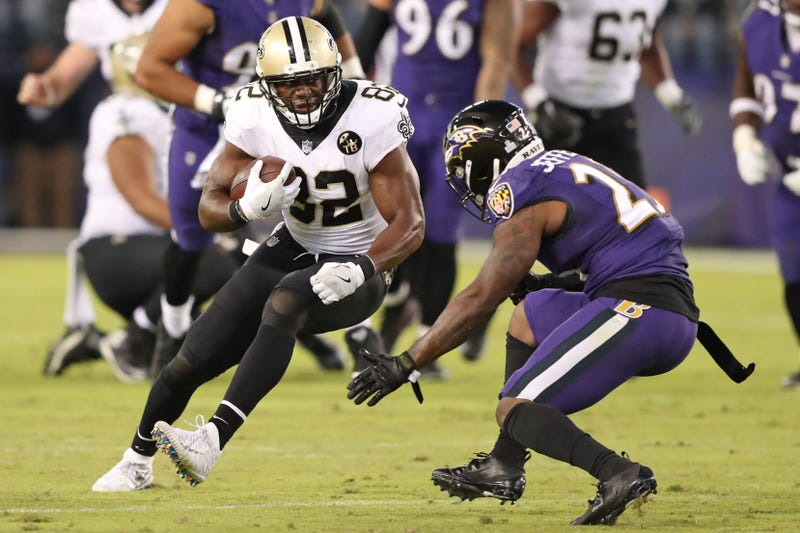 The Saints have scored some pretty impressive tight ends in their history…Henry Childs, Hoby Brenner, John Tice, Jeremy Shockey, Jimmy Graham and others. Those players were either drafted or traded for. Searching for the best free agent at this position proved challenging. In 2013 the Saints found a guy, whose performance now garners him the title of the best free agent tight end in team history, Benjamin Watson.

After spending nearly a decade with the New England Patriots, Watson landed in the Big Easy. Not only did his talents become quickly obvious on the field, Watson became a pivotal voice in the locker room, especially when the team fell on hard times in 2014 and 2015 finishing 7-9 both seasons.

Watson put up some impressive numbers as a Saint. His best season came in 2015 with 74 catches, 825 receiving yards and Watson hauled in 6 touchdowns. The former Georgia Bulldog left the Black & Gold after the 2015 season to join the Ravens. He returned for a second stint with the Saints in 2018 as the team made a Super Bowl push that unfortunately was derailed by the infamous "NOLA No-Call.”

In four seasons with the Saints, Benjamin Watson totaled 148 receptions for 1,587 yards and 12 touchdowns. By far outperforming the next best free agent tight end in Saints history Ernie Conwell. Conwell came to the Saints in 2003 from the Rams. Connell's total receiving yards in four seasons was a paltry 614 yards.

Jimmy Graham is arguably the slam dunk most productive tight end in Saints history, but remember, he was drafted by New Orleans in 2010.

Jeremy Shockey, another outstanding tight end and fan favorite, was traded for in 2008. The aforementioned players at the top of this story were also all drafted.

Leaders lead. Benjamin Watson definitely fits that bill. He was solid on and off the field, leading the Saints when the team needed a positive voice & influence, and as a trusted voice in our community.