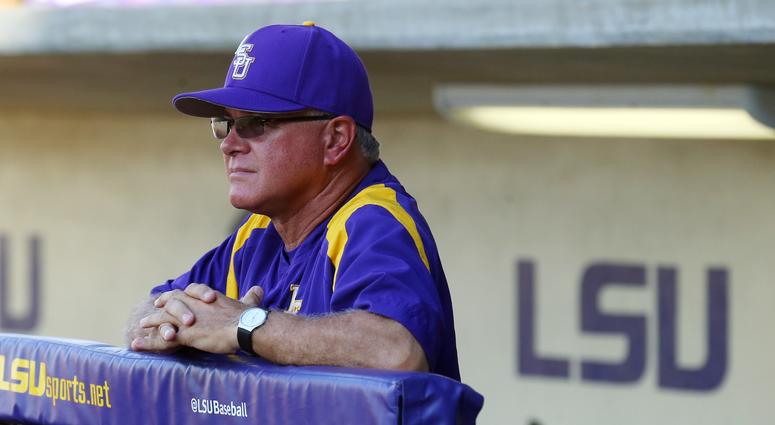 LSU scored just 8 runs in their last 36 innings of play.  The Tigers started the season ranked #1 and as the calendar turns to April this weekend LSU is all the way down to #17.  Fans don’t want to hear this, but it’s still very early.  With that said, the Tigers need to get it going and get it going fast.

Here is a preview of LSU vs. Mississippi State this weekend in Starkville.

MSU Offense: The Bulldogs average 8 runs per game.  To say they are an offensive juggernaut would be an understatement.  State is hitting an eye popping .327 as a team.  Five hitters in the Bulldog lineup have more than 25 RBI.  All-American Outfielder Jake Mangum leads Mississippi State in hitting with a .407 batting average.  LSU’s pitching staff is going to have their hands full navigating this murderer’s row of a lineup.

MSU Pitching:  Not only can MSU hit, they also feature a dominant pitching staff with 2.92 ERA (Earned Run Average).  J.T Ginn is their ace. Ginn turned down big money in the MLB to play in Starkville after he was selected #30 overall in last June’s draft by the Los Angeles Dodgers.  He’s a flat out stud.  Ginn is 6-0 with 49 strikeouts, 4 bases on balls, and 2.58 ERA.

The Bulldogs can roll out another stud on the mound in game two of the series.  Ethan Small might be the actual ace of the staff with a 2-0 record in six starts.  Small has an ERA of 1.75 with 58 strikeouts and 9 walks.  Teams are hitting just .205 against the Bulldogs pitching staff.  That’s not a good sign for a Tiger line-up that is struggling to produce hits or runs right now.

MSU defense: As you would expect, Mississippi State is a well-rounded team that can not only hit and pitch, but also field the baseball at a high level.

LSU Offense:  The numbers are pretty for LSU’s lineup.  Zach Watson leads LSU at the plate with an average of .361.  Shortstop Josh Smith and Daniel Cabrera are also above .300, but after that, the averages dip drastically.  Even the most consistent hitter for LSU over the last three seasons, Antoine Duplantis, is struggling at the plate with .297 average.  They say hitting is contagious, and so are slumps in baseball.  It’s safe to say the entire LSU lineup is struggling at different points of the game/series or season.  The Tigers are hitting just .274 as a team, which is near the bottom of the SEC.  Hardly what we expected for a team loaded with so much hitting talent.  The once red-hot Chris Reid has gone ice cold, hitting .269 now.  The Tigers have been shutout in two of their last three games.

LSU pitching:  All of a sudden what was once a concern for the Tigers seems to be the only reason they can stay in games.  Zack Hess proved why he’s a Friday night starter last week, shutting out Georgia in 8 innings of work.  Cole Henry followed it up with a tough luck loss to the Bulldogs while recording a career high 7 strikeouts.  Erik Walker is still working his way back from Tommy John surgery in the Sunday starting rotation.  The Bullpen has been really good for LSU with Ma’Khail Hilliard, Devin Fontenot, and Mathew Beck turning in strong outings consistently out of the bull pen.  The problem is the arms out of the bullpen have been limited due to injuries.  Jaden Hill, and Landon Marceaux are battling soreness in their throwing shoulder.  LSU’s ERA has come down from above 5.00 to 4.14.  Opponents are hitting .222 against Tiger pitching.  That’s getting it done as a staff.

LSU defense:  Aside from a fluke error here and there, the Tigers continue to play strong defense, after getting off to a rocky start in the first week of the season.

Lagniappe:  Okay, let’s get real here. I don’t think LSU is in trouble, but they are flirting with a disaster.  Now, that’s not all that unusual for the Tigers.  Traditionally, under skipper Paul Mainieri LSU has some head scratching mid-week losses that make you want to pull the plug on the team.  You would be premature in doing so on this team as well.  Mainieri knows April and May are what really count, and by this time next month, I wouldn’t be surprised if we are talking about the Tigers with a totally different perspective and outlook.  The realistic expectation for LSU this weekend is to avoid getting swept.  Get one of the three games against Mississippi State.  What?  Yeah, don’t expect the Tigers to win the series.  MSU is the best team in the country right now.  One win out of three would put the Tigers at 5-4 in the SEC, which would still have them in decent shape with 7 SEC series remaining.  If the Tigers win two out of three in the final seven SEC series, that would put LSU on pace for 19 wins in the conference.  If they pull off a sweep in at least one of the seven remaining series, that would put the Tigers at 20 SEC wins and would assuredly garner a top 8 national seed hosting a regional and super regional.  There is still time for this LSU baseball team, but it’s starting to get late early in the season.