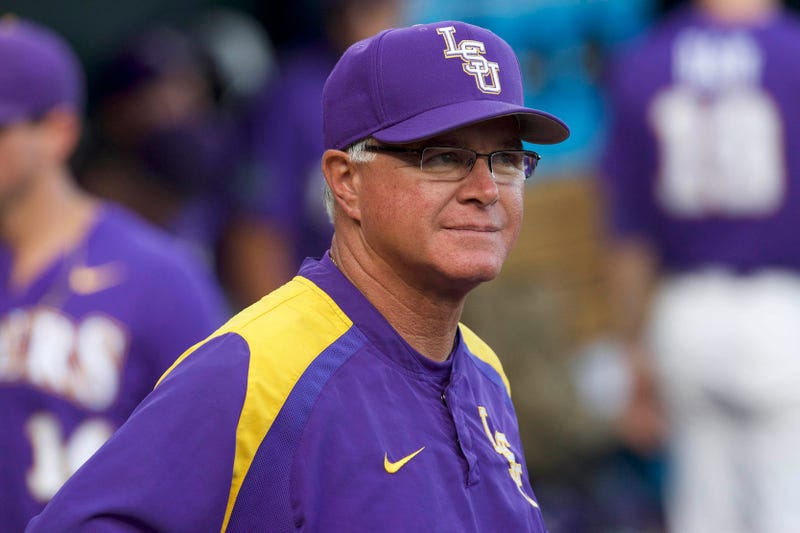 LSU suffered another frustrating mid-week loss to Southern 7-2 on Tuesday.  The Tigers now will head to Missouri for a three game SEC series in what could be less-than-optimal weather for baseball. Here is a breakdown of the match up.

Don’t let the conference record of Missouri fool you. Missouri leads the SEC in team ERA and in walks. LSU leads the all-time series in baseball 14-1. Missouri joined the SEC in 2013.

Missouri offense: The Tigers team batting average is .260, which is 12th in the SEC. Missouri’s leading hitter is Chris Cornelius, who's hitting .338 with 32 RBI and 5 home runs. Missouri leads the SEC in stolen base attempts swiping 66 bags on 85 attempts. LSU really wants to keep Missouri off the base paths. Kameron Misner is a menace when he reaches base, stealing 14 bags this season in 15 attempts.   They're a patient offense that makes pitchers work to get them out, and it has paid off for them. Missouri leads the SEC in walks.  The Tigers are also a threat to hit the long ball with 33 home runs this season.  LSU leads the conference in stolen bases allowed (51).

LSU game plan: Pitchers will challenge this line up in order keep them from getting on base via walks. LSU has to get ahead early against Missouri.  LSU has to control the running game when Missouri reaches base, or it will be one heck of a long series.

Missouri pitching: Once again they lead the SEC in team ERA (2.77) and are loaded with left handed arms in their rotation and bullpen. Ian Badell is their hard throwing right hander with a fastball that can reach the mid 90s. Badell comes into the series with an ERA of 1.25 and a 2-1 record. TJ Sikkema will start Saturday for Missouri. Sikkema is a veteran pitcher in the SEC with a 3-2 record and an ERA of 1.27. Opponents are hitting just .263 this season off Missouri pitching. The Tigers also lead the SEC in walks allowed (139).

LSU game plan: Just like the last series against Texas A&M, Coach Paul Maineiri will have to juggle the line-up throughout the series to combat the amount of left handers Missouri will throw at them. The issue with LSU this season has been strikeouts. The Tigers are kind of a feast or famine offense. They seem to take a while to make adjustments to pitchers. Elite hitting teams make adjustments from at bat to at bat. LSU hasn’t done that well this season.

Missouri defense: The Tigers are the second from the bottom in the SEC when it comes to fielding.  They've committed 42 errors and have a team fielding percentage of .969. Missouri does lead the conference in turning double plays (29) this season, however.

LSU offense: As a team LSU is hitting .272, which is below their typical standard. Zach Watson and Josh Smith continue hit well above .300 with Chris Reid hovering at .309.  Antoine Duplantis is hitting .293 this season. The Tigers have hit 30 home runs as a team this season, so the power numbers are starting to climb. While Watson leads the team in hitting (.356), he also leads the team with 28 strikeouts. LSU has struck out 259 times this season in 1,122 official at bats, or 23% of the time.  What’s more?  The Tigers are 34-122 with runners in scoring position in the SEC.  That breaks down to an average of .279 with RISP.  Believe it or not, LSU is sixth in the conference in strikeouts at the plate.  Missouri is third in the SEC with 278 Ks, but they also lead the SEC in plate appearances.

LSU pitching: The Tigers have a team ERA of 3.86, which is good for10th in the SEC. After a shaky start to the season that saw LSU’s ERA above 5.00, the Tigers have settled in nicely on the mound. Freshman Cole Henry is starting to shine bright as a game 2 starter. Henry has been the most consistent starting pitcher for about a month now. He is 3-1 this season with a 3.55 ERA. Opposing hitters are batting .233 against the hard throwing freshman right hander. And Zack Hess is starting come around as the Friday night starter. Devon Fontenot is the ‘dude’ out of the bullpen with a perfect 4-0 record.

LSU defense: The Tigers are fifth in the SEC in fielding (.977). While that average is good, it’s not what we’re used to seeing from LSU. Vanderbilt leads the conference in fielding at .983.