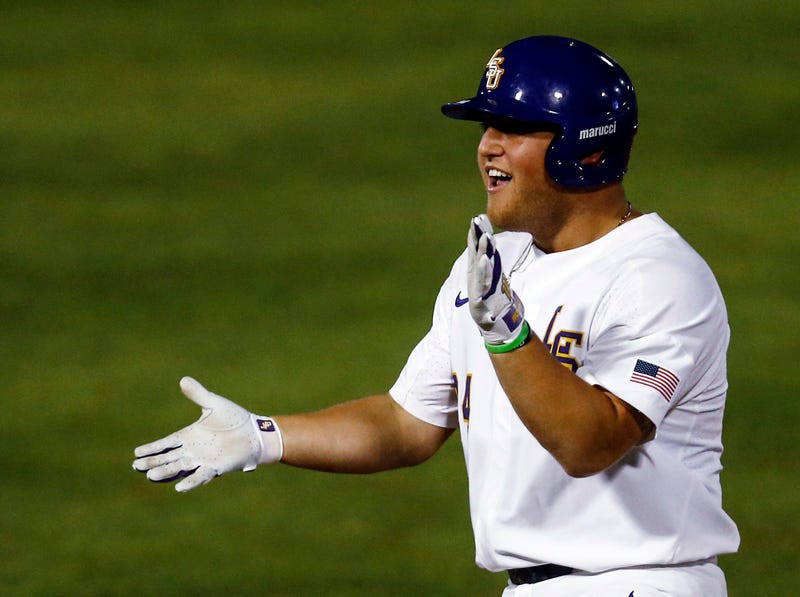 LSU won five of their last six games, and did something last night they hadn’t done all year. The Tigers were down by four runs early against South Carolina but roared back for the 8-6 win. LSU was previously winless this season, when trailing by four or more runs, until the comeback last night to advance in the SEC tournament. The Tigers look like a much more confident team down the stretch, and they’ll need that confidence to continue.

The challenge is pretty stiff tonight. LSU will take on No. 4 seed Mississippi State. The Bulldogs are also expected to be a top 8 national seed in the NCAA tournament next week. LSU entered the SEC tournament needing two wins to improve their RPI (Ratings Power Index), and the Tigers are one win away from assuring themselves of a top 16 seed and a regional in Baton Rouge.

Mississippi State probably wants to avenge a series loss in the regular season to LSU. The Bulldogs will throw their ace left hander Ethan Small against the Tigers. Small dominated LSU in game one of the regular season series in March. Small struck out 10 LSU hitters giving up just three hits and two runs in an eventual 6-5 victory. Small leads the conference in wins (8) and ERA (1.84).

LSU has to be patient at the plate, and see if Small can pitch deep into counts. Coach Paul Mainieiri will start sophomore right hander Eric Walker. Back in March in game three of the series against Mississippi State, Walker dominated the Bulldogs. Walker went seven innings allowing zero runs on four hits, in what was his best outing of the season. The Tigers would go on to win game three 11-2, clinching the series against Mississippi State.

First pitch tonight between LSU and Mississippi State is scheduled for approximately 8pm, depending on the progress of the three previous games scheduled today in Hoover, Alabama.

Talk about LSU baseball today at 4 o’clock on SportsTalk with Kristian Garic & guest host DEUCE McAllister. And, catch all the action on Tiger Radio WWL - 870am and 105.3FM.