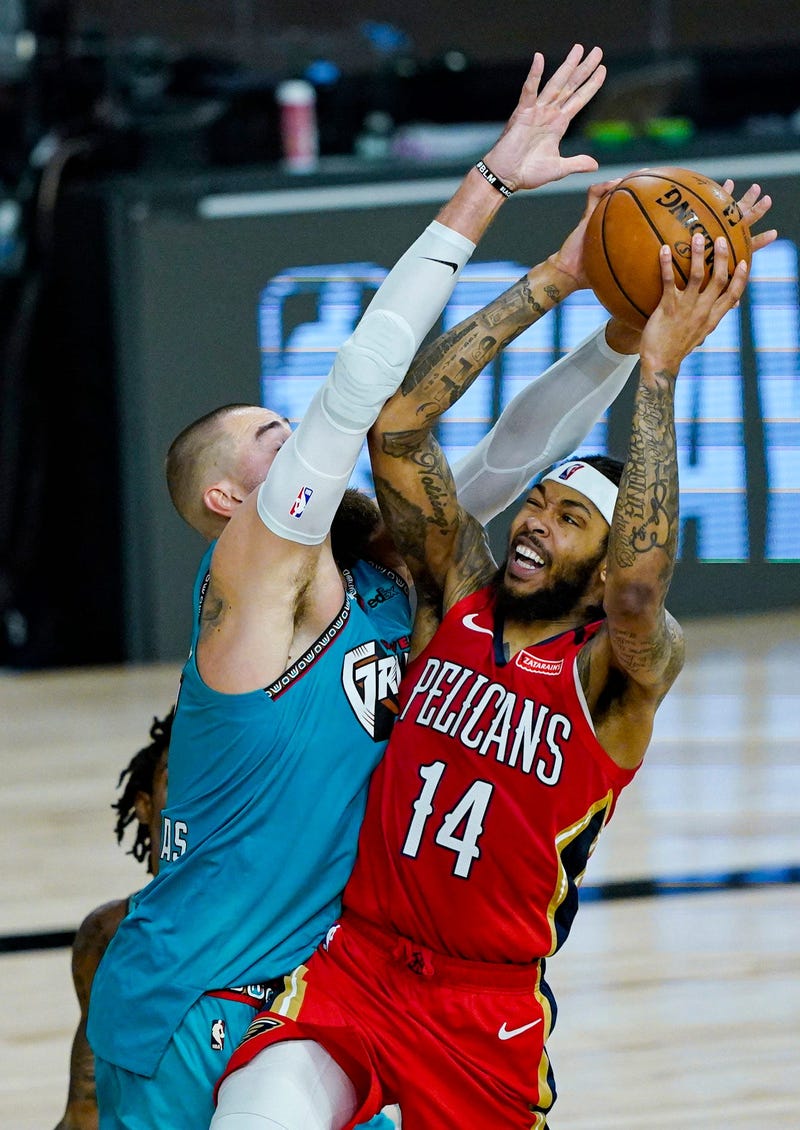 It’s been a week since the Pelicans inaugurated the NBA’s restart with a tough loss to the Jazz, but even after dropping their first two games, their playoff hopes remain in good shape.

Currently, New Orleans sits at 1-2 after earning a key victory on Monday over the Memphis Grizzlies, current holders of the 8th and final playoff seed in the West. The Grizzlies’ grip is tentative at best.

Memphis has yet to win a game in the NBA’s Orlando bubble, sitting at 0-4 since the restart, and their schedule remains a gauntlet all the way through to the end. It’s not inconceivable to think they may not even be part of the play-in tournament at this point, especially after losing key contributor Jaren Jackson, Jr., to a torn meniscus.

The Pelicans currently sit just two games behind Memphis, but the larger issue is the glut of other teams also within striking distance.

Portland sits just a game back, San Antonio is tied with the Pelicans at two games out, and Sacramento and Phoenix remain within striking distance as well.

The good news is that the Pelicans’ schedule has always been favorable to their cause through the final six games, and while the games are likely must-wins, they are all extremely winnable. The Pels ranked last in the NBA in strength-of-schedule through the final six contests, a much easier path than any of the other contenders for the 8-seed.

They began that stretch the right way with their Monday victory over the Griz, and it continues today with another important showdown with one of their rivals for that #8 spot.

New Orleans has two meetings on tap with the Sacramento Kings, and the first one is a lunch-hour showdown today at 12:30. With the Kings just a game behind the Pelicans, a win is imperative to keep the path between New Orleans and the playoffs from getting even more crowded.

With five games left in the bubble, there’s still plenty of time for the Pelicans to get on a roll and shoulder their way into the postseason.