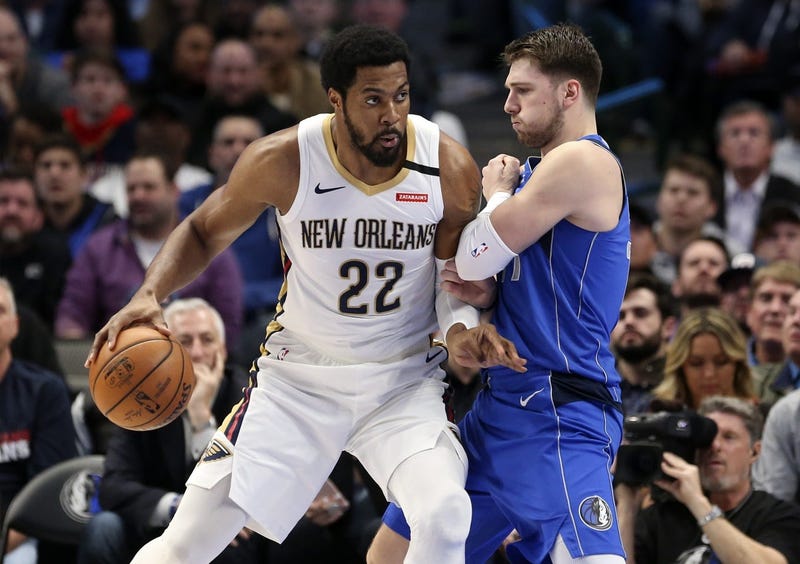 If the NBA season picks up where it left off, and the Pelicans close out their playoff push and qualify for the postseason, they’ll have one offseason acquisition to thank for keeping them afloat when the chips were down.

The Pelicans’ roster makeover was thorough this offseason, but it wasn’t all accomplished through the draft and the Anthony Davis trade. In fact, a second relatively inexpensive and under-the-radar offseason trade netted the season’s unsung hero.

It only cost the Pelicans two second-round picks to pry center Derrick Favors away from the Utah Jazz, and in the final year of his contract, Favors made his value clear to his new NBA home, if not the entire league.

And his importance was revealed early on by his absence.

Favors missed nearly a month of the Pelicans’ early-season slate due to a swath of adversity that included two injuries and the death of his mother, and without his presence, the team faltered on both ends of the floor.

But the Pelicans’ rise from the bottom of the NBA can be directly traced to Favors’s return to the lineup.

Yes, he contributed all the things you would expect from a starting NBA center: defense, rebounds, points in the paint. But in recovering from the trials and tribulations that plagued his earliest days as a Pelican, Favors also showed his heart and his will, traits that are invaluable for a veteran to display on a team full of young stars-in-training if a team wants that young core to amount to something.

Favors wasn’t the only veteran on the roster, and the leadership shown by free agent acquisition J.J. Redick and returning Pels Jrue Holiday and E’Twaun Moore can’t be overlooked either. But the proof is in the pudding.

With Favors missing from the lineup, the Pelicans started the year a putrid 6-22. Since his return, the team has gone 22-14 and currently sits within three games of a playoff spot with the season suspended.

Favors will be a free agent this offseason and who knows if he’ll end up back in a Pelicans uniform next year, but the lessons he taught this young roster will live on even if he changes zip codes.