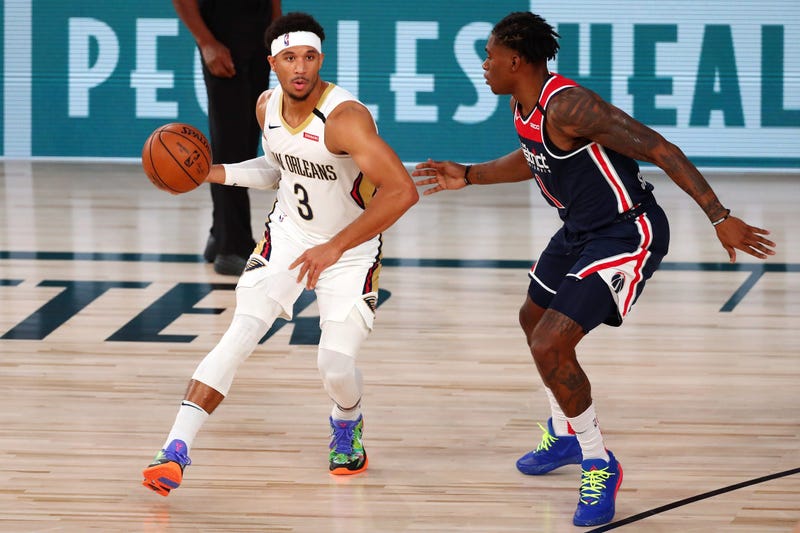 If the Pelicans are going to push their way into the postseason, their hopes hinge on today's showdown in Orlando.

New Orleans currently sits just one game out of the #9 spot in the West and well within the play-in threshold of four games behind the current 8-seed Memphis. But both Portland and San Antonio sit between the Pels and that coveted 9th seed.

The Pelicans can push past San Antonio with a win today over the Spurs.

The only other time these two teams met this season was the opening night of Zion Williamson's career. In that game, in limited minutes, the Pelicans' promising rookie superstar nearly willed his team to victory but they came up just short. Two of the three remaining rematches were cut from the schedule due to the NBA's pandemic-shortened season.

But the Pels get one more crack at the Spurs, and in a high-pressure situation with their playoff hopes resting on the outcome.

A win would position New Orleans firmly within a half-game of Portland for the 9-spot with two games to play. A loss would likely mean the Pels have to wait until next year to taste the postseason.

With two remaining games after today against the Kings and Magic, the Pelicans would still have some work to do even with a win, but they'd more than likely be simply playing out the string if they fall this afternoon.

We'll see if the Pels can respond with a sense of urgency in today's matchup that has sometimes been lacking in the NBA's Orlando "bubble."

Tipoff for Pelicans-Spurs is set for 2pm. The game will be televised nationally on ABC.