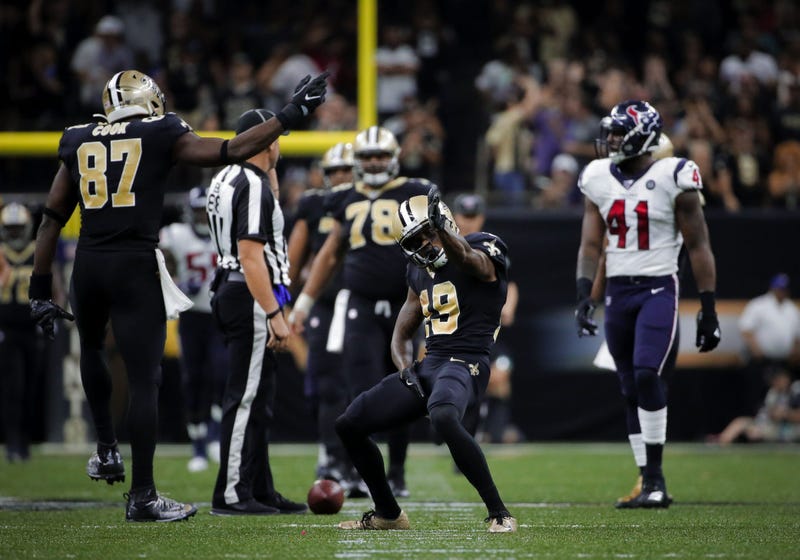 Two of the most impactful Saints in Monday's season opener showed up on the first injury report of Week 2.

Receiver Ted Ginn, Jr., whose crucial catch with two seconds left put the Saints in range of Wil Lutz's big boot, did not practice today due to illness.

Safety Marcus Williams, whose interception of Texans quarterback Deshaun Watson led to the Saints' first go-ahead touchdown of the game, was limited in today's practice with a groin issue.

The Saints battle the Rams in Los Angeles Sunday at 3:25pm on WWL.