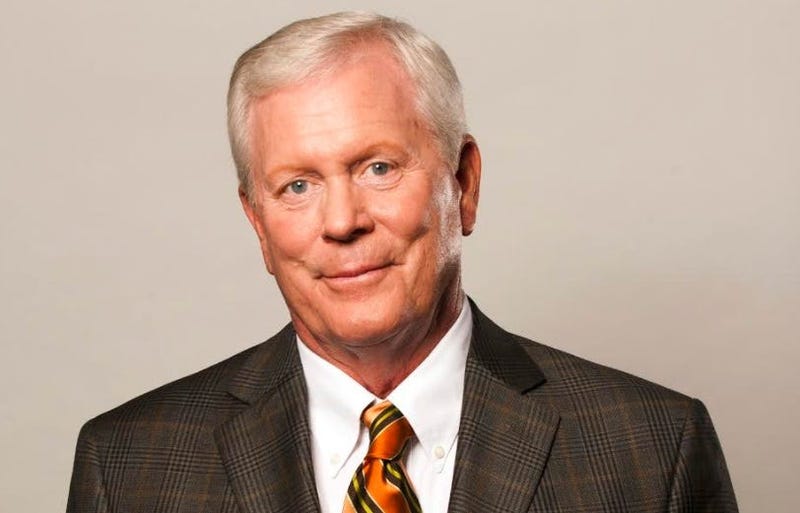 As hard as it may be to believe, Jim Henderson, the beloved retired "Voice of the Saints" and WWL-TV news director, was not initially welcomed to New Orleans with open arms when he replaced the legendary Hap Glaudi.

"The opening introduction of me at 5 o'clock with Phil Johnson on the set with Bill Elder, they wheeled some studio cameras out in front of Channel 4 on Rampart Street and were showing people picketing me for age discrimination for Hap," Henderson said. "And the fact that I was... coming from Atlanta was certainly something that didn't endear me to a lot of people."

Henderson joined "Sports Talk" guest host and current "Voice of the Saints" Zach Strief Thursday night on WWL Radio to reminisce about his career reporting on sports in the Big Easy and calling games for the Black and Gold.

Of course it didn't take long for the Rochester, N.Y., native to ingratiate himself to his new audience through his work, and he would eventually spend 31 years as the radio voice of the Saints, becoming a local institution.

When asked about his most memorable moment, it isn't surprising that Henderson's mind turns to the 2009 season that ended with the Saints' first (and still only) Super Bowl championship. But he says while calling a Super Bowl win is most certainly a highlight of his career, it was the penultimate game of that playoff run, the NFC Championship win over the Minnesota Vikings, that looms largest.

The reason? Henderson said the Saints' historic pendulum swing up to that point had only ever stretched between snatching defeat from the jaws of victory to outright, abject failure. And the tension was palpable in the Superdome when Garrett Hartley took the field to attempt the game-winning field goal.

Which is why the moment was so sweet when the ball sailed through the uprights.

"It was just such an emotional moment for me," Henderson said. "And I think it translated with the fans. So that call, I think, will far outlive me."

You can hear more ruminations from Henderson on his broadcasting partners and what he's been up to with all his free time by clicking the podcast link.

news
Will essential workers get earlier access to COVID vaccines?
music
Vote now for RADIO.COM Artist of the Year
music
Pete Davidson to star in revamped version of ‘It’s a Wonderful Life’
news
What does a safe classroom look like?
news
Macy's Thanksgiving Day Parade will go on virtually on Thursday
news
Turkey shoppers appear to downsize as Thanksgiving celebrations get small