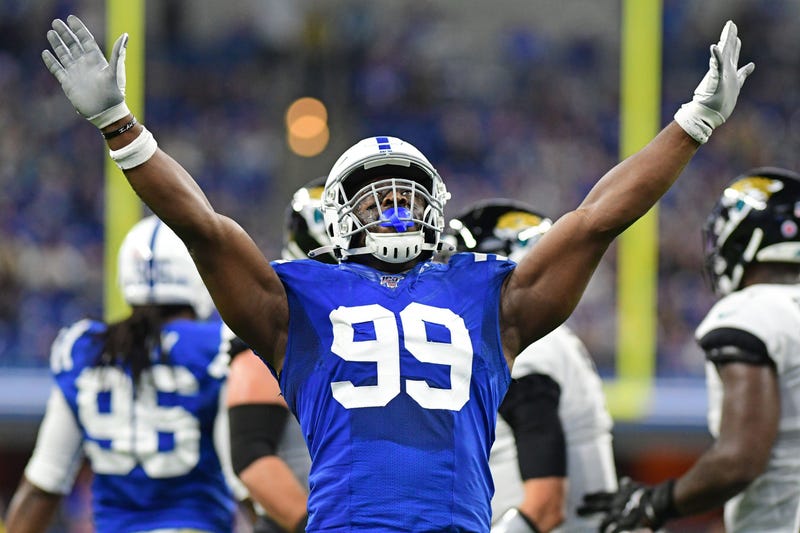 History was made this week with one of the fastest mathematical eliminations from the playoff picture in NFL history. Other teams already have one of their two paths to the postseason closed off until next season. And while no one can clinch a playoff spot this week, it may be getting close to that time of the year.

Let’s break it down:

The Steelers’ run of good fortune came to an end in a loss to the Browns whose ugly ending overshadowed anything that happened in the game. The result though: Pittsburgh is now 3 games back with Cleveland remaining 4 games out. That’s because the Ravens made another huge statement in blowing out Houston. And Cincinnati found themselves officially eliminated from the race for the North title. They now sit 8 games out of first place with 6 games to play. More on their futility later.

Kansas City got a divisional win south of the border on Monday night, outlasting the Chargers in Mexico City, but Oakland kept pace by beating the lowly Bengals. Denver gave up a 20-point lead to lose to the Vikings. The end result is that KC heads into the bye-week with just a half-game lead over the Raiders. Oakland could make that up with a win this Sunday over the Jets. If that happens, the West could get even more interesting. Meanwhile the Bolts are 3 games out with the Broncos 3½ back.

The Patriots survived their battle with the Eagles to get back on the winning track. The Jets set themselves apart from the very bottom of the league by beating up on Washington. And the Bills got a divisional win over Miami to end the Fins’ two-game winning streak.

With those results, it’s officially a two-team race in the East as New York and Miami have been eliminated from the divisional race. It’s down to the Pats and Bills with New England holding a 2-game lead.

The Texans walked out of the bye week and into a buzz-saw against Baltimore, suffering a blowout loss at the hands of the Ravens. That allowed the Colts to make up the 1-game difference by pounding the Jaguars in divisional action. That puts the Colts’ Week 7 win over Houston back into play as a head-to-head tiebreaker and moves Indianapolis back into first in the AFC South. We’ll see how long it lasts as the two play the rematch this week on Thursday Night Football.

The idle Titans also sit just 1 game back with Jacksonville 2 games back.

The Patriots held their 1-game lead atop the AFC over the Ravens. Keep in mind that Baltimore’s head-to-head win over New England is what makes this race truly interesting as a tie would give the top spot to Baltimore. The West-leading Chiefs sit 2½ games out of the AFC lead with Indianapolis sitting 3 games back as they take over the top spot in the South.

The Bills have held the advantage in the wild-card race for weeks, and they held their 1-game edge by beating up on Miami. The Texans were knocked from the division-leader ranks but clung to a playoff spot by virtue of their Week 8 head-to-head win over the Raiders. That means Oakland remains on the outside looking in despite moving past Pittsburgh. The Steelers and Titans both sit just 1 game back of the Texans and Raiders for the final spot, with Pittsburgh’s 4-3 AFC record giving them the edge over Tennessee (3-4 vs. the AFC).

The Bengals this week tied an NFL record for the earliest mathematical elimination from the postseason race. While there are other teams this week that have no shot in either the divisional or wild-card races, Cincinnati has been knocked out of both. Heading into Week 12. With SIX games left to play.

With first-place Green Bay sitting idle, the Vikings closed the gap down to just a half-game with a comeback win over Denver. Chicago lost more ground with a loss to the Rams, as did Detroit as they fell to Dallas. The Bears now sit 4 games back with the Lions 4½ back.

With Seattle on the bye week, the 49ers were able to stretch their lead back to a full game with a divisional win over Arizona, a victory that officially knocked the Cardinals to the role of spectator in the NFC West race. San Francisco now has nine wins. The best Arizona can manage this season, thanks to their season-opening tie, is eight. The Rams bludgeoned the Bears to stay within 3 games of first.

The Cowboys bested the Lions while the Eagles got dropped by New England, and with that, Dallas opened up a 1-game lead in the East. The Giants sat idle and saw the gap with the Cowboys stretch to 4 games. Washington is 5 games back with 6 to play after losing to the Jets and sitting right at the precipice of total elimination.

The Saints got back on track by beating up on the Buccaneers for a big divisional win. The Falcons got their second straight shocking win by dominating the Panthers. Those results put New Orleans in front of the South with a 3-game lead over Carolina and 5-game leads over both Atlanta and Tampa Bay with 6 to play. Atlanta takes third place over Tampa thanks to divisional record – 2-0 vs. 1-3.

Take note, Who Dat Nation: The Saints can become the first team to win their division in 2019. All it takes is winning the next two: Sunday against Carolina and five days later in Atlanta on Thanksgiving night. Those two wins would eliminate the Falcons and Bucs, and while Carolina would still be in position to catch the Saints in overall record, New Orleans would hold a head-to-head win and also ensure that they’d finish with a better divisional record.

Wins over Carolina and Atlanta would put the Saints at four divisional wins. The Panthers would at best only be able to manage three.

No movement in the division leader standings this week as the Niners, Saints and Cowboys all collected wins and the Packers sat idle. The only change: San Francisco now holds a full 1-game lead over Green Bay, and New Orleans pulled back into a tie for second with the Pack. Green Bay holds the tiebreaker thanks to NFC record – 5-1 vs. 6-2. Dallas remains 3 games out of the conference lead.

No one on the outside of the wild card race gained any ground of note this week. Seattle sat out on the bye week, allowing Minnesota to climb to within a half-game of the Seahawks for the top wild-card spot. The Vikings still have a stranglehold on the bottom spot though with a 1 ½ game edge over their nearest competitors, the defending NFC Champion Rams. The Eagles and Panthers both took a step back after suffering losses. Philly holds the edge over Carolina due to NFC record – 3-4 vs. 2-5.

The only tie among the afterthoughts was covered in the NFC South between Atlanta and Tampa Bay. None of these teams look particularly poised to make a run at a playoff spot in the season’s final six games, and Washington found themselves officially eliminated from the wild-card race this week, though they’ll still alive, barely, in their divisional race.

There are so many games to watch in Week 12, starting Thursday night in Houston where the Texans and Colts will battle for first-place in the AFC South. Both teams come into the game tied at 6-4, with the Colts having won the first meeting. A second Indy win would put Houston at a big disadvantage.

New Orleans can just about put the clamps on the NFC South this week if they can get a win over Carolina in the Big Easy.

Philadelphia might just be in a must-win game as they host a rested Seahawks team coming off the bye week.

New England hosts Dallas in a battle of two teams that the NFL fans at large love to hate.

San Francisco hosts Green Bay in a key matchup that will go a long way towards determining the NFC’s top seed.

The Rams play host to the NFL’s hottest team on Monday night as the Ravens visit the City of Angels.