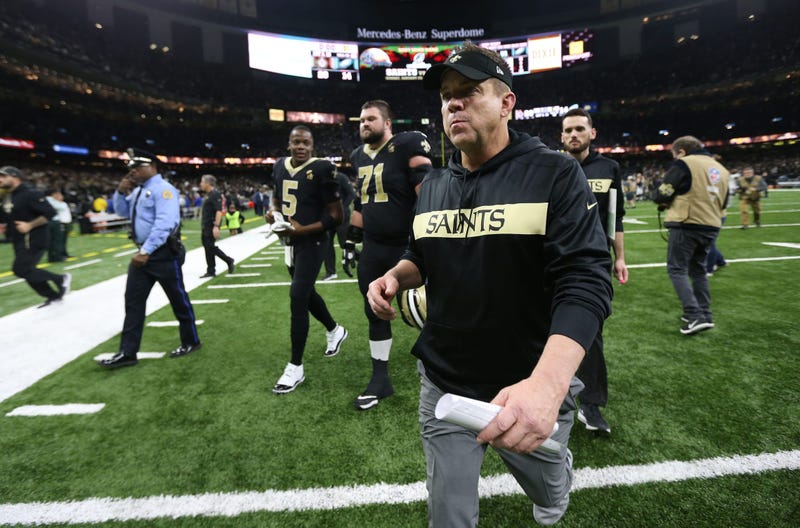 While the Saints have been aggressive in years past in moving up in the NFL Draft, a move might not be in the cards this year, at least where the first round is concerned. The Saints’ earliest pick this year is the 30th pick of the second round, #62 overall. And Coach Sean Payton is OK with that.

“I feel at 62, there will be a player that can help this team immediately. I believe that,” Payton said.

The Saints dealt this year’s first-rounder to Green Bay last year in order to move up and select defensive end Marcus Davenport 14th overall. Payton discussed one of the key reasons they’re willing to make moves like that for first-round players.

“Look, there’s an advantage to a first round contract,” Payton said. “Different than a second round contract. You get an additional year, you know, with the first round pick compared to the second round pick. So I think our preparation, or our plan heading into this is, you know, patience early on here. And then as this thing begins to develop, look, we know it’s only the first round tonight, so there is that ability to regroup a little after round one’s over with and then look closely at what’s left.”

You can hear the full audio of Payton’s chat with Zach Strief and Deuce McAllister during WWL Radio’s Draft Preview show by clicking the podcast link.