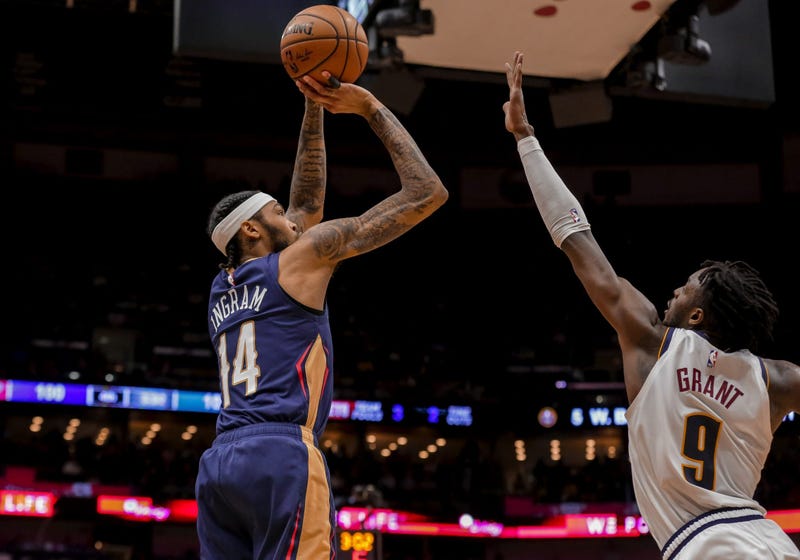 Another scrimmage, another big victory for the Pelicans in Orlando, this time overwhelming the Denver Nuggets 119-104 Saturday night.

For the second straight outing, the Pels came screaming out of the blocks for a big lead, then let their second- and third-stringers maintain the advantage for the entirety of the second half.

One major factor in the big win was unselfish play. The Pelicans had 36 assists on 42 made buckets. They also got a strong scoring outing from their bench.

in fact, backup point guard Nickeil Alexander-Walker led New Orleans in scoring with 21 on the night. Overall the bench accounted for 90 points on the evening.

Denver was forced to play big with only one guard available for the game.

There’s one more scrimmage on tap for the Birds before the season restart. They will face the NBA’s winningest team, the Milwaukee Bucks, Monday night.