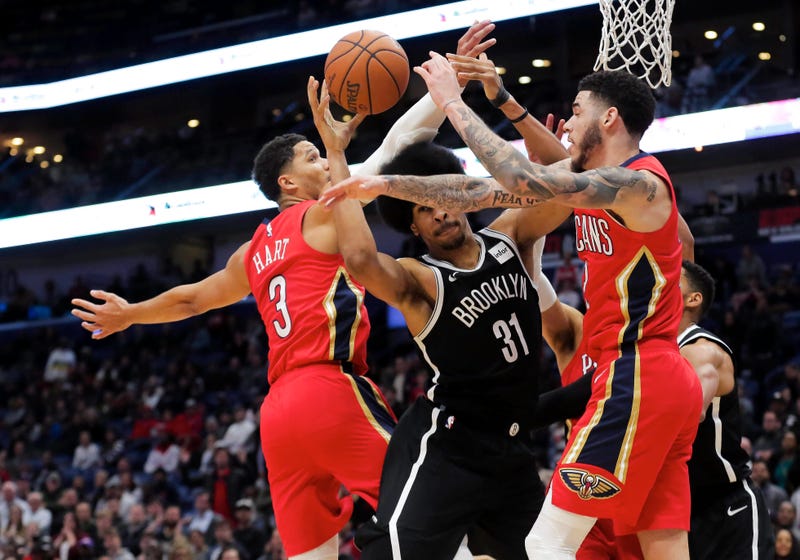 If you were looking for the expected rust as the New Orleans Pelicans took the floor for a scrimmage against the Brooklyn Nets and the first live-game action for the team in over four months, you could certainly find it in the opening minutes from both teams.

But the Pelicans quickly shook off the doldrums to blast past Brooklyn.

E’Twaun Moore and Nickeil Alexander-Walker led the scoring for the Pelicans with 14 points apiece. Brandon Ingram led the starters with 12, but the team’s top-line players were mostly confined to the bench in the second half with the game already well in hand.

With Zion Williamson still attending to a personal family matter away from the Orlando bubble and veteran starting center Derrick Favors sitting out so coaches could look closer at the younger members of the roster, Alvin Gentry experimented with a variety of different combinations, including some small-ball lineups during stretches when the team’s only available true center Jaxson Hayes rested on the bench.

Jake Madison of the Locked On Pelicans podcast predicted the variations in lineups before the game during an appearance on WWL Radio.

“I think they wanna kind of settle on a couple of different lineups that work that they know they’re gonna have to press into action, particularly if Zion misses any part of these eight seeding games,” Madison said. “And Alvin Gentry has said he’s not gonna play guys a ton of minutes at least to start, meaning you’ve got to come up with more creative lineups and check out different combinations.”

To that end, Gentry truly did spread the minutes around with only Hayes playing more than half of the 40 minutes available and 13 players garnering eight or more minutes of time on the floor.

The Pelicans’ next scrimmage will be Saturday night against the Denver Nuggets.

You can hear the full audio of Jake Madison’s appearance on “Sports Talk” by clicking the podcast link.